Sideways, Stiff and Striding: Why did the Egyptians draw that way?

In Ancient Egypt, there were no “art galleries”. There was little or no “artistic expression” – art based on the artist’s own feelings or personal thoughts. There were, however, craftsmen of great skill responsible for extensive and magnificent works – the crowning glory of the ancient world.

Artists in ancient Egypt were actually copyists – craftsmen replicating the divine works of Ptah, the creator god, who had set the canon from the beginning of time. 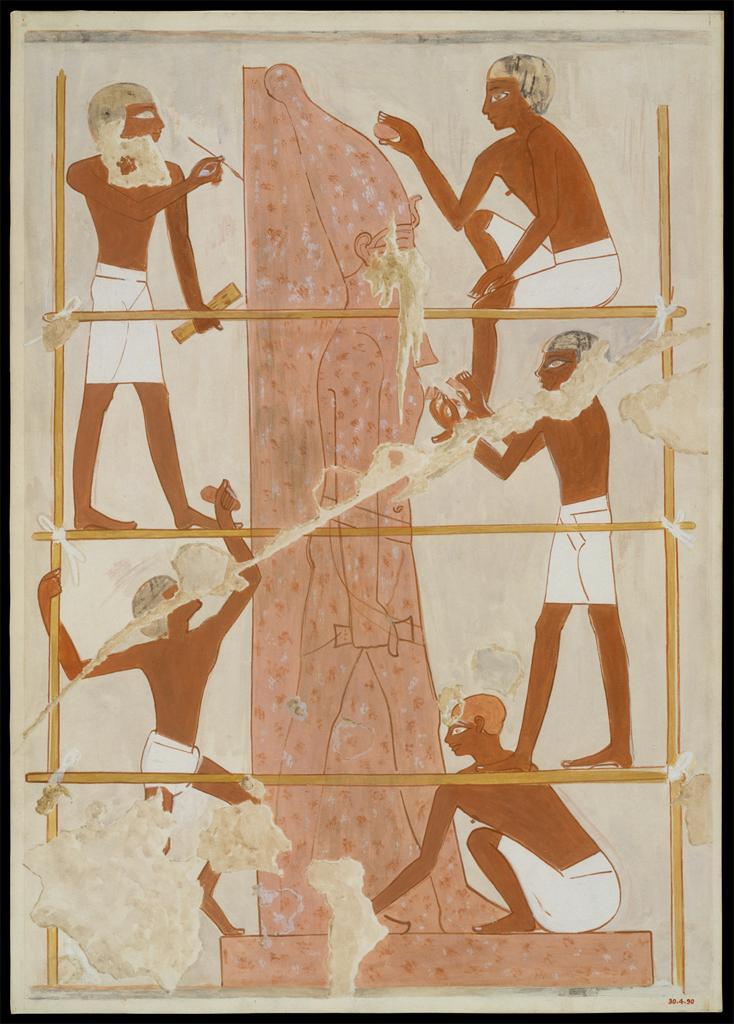 Egyptian artisans were employed in creating masterful relief art, statuary, tomb and temple paintings and other works that served essentially a religious, not aesthetic, purpose. They sought to ensure the favour of the gods and the harmony of their universe. They truly believed in magic. In all-pervading supernatural forces that had to be propitiated in many ways – one of them, art. 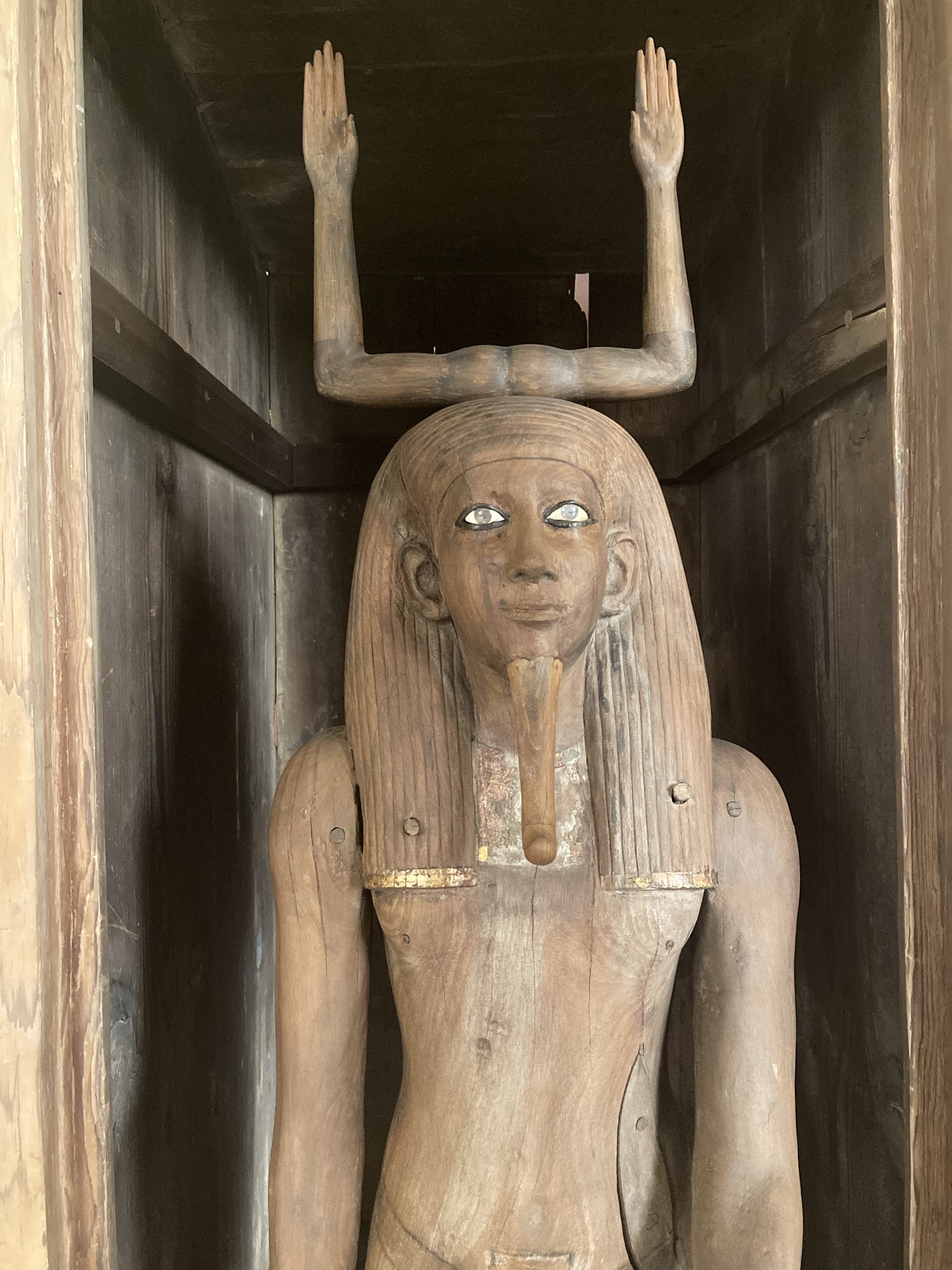 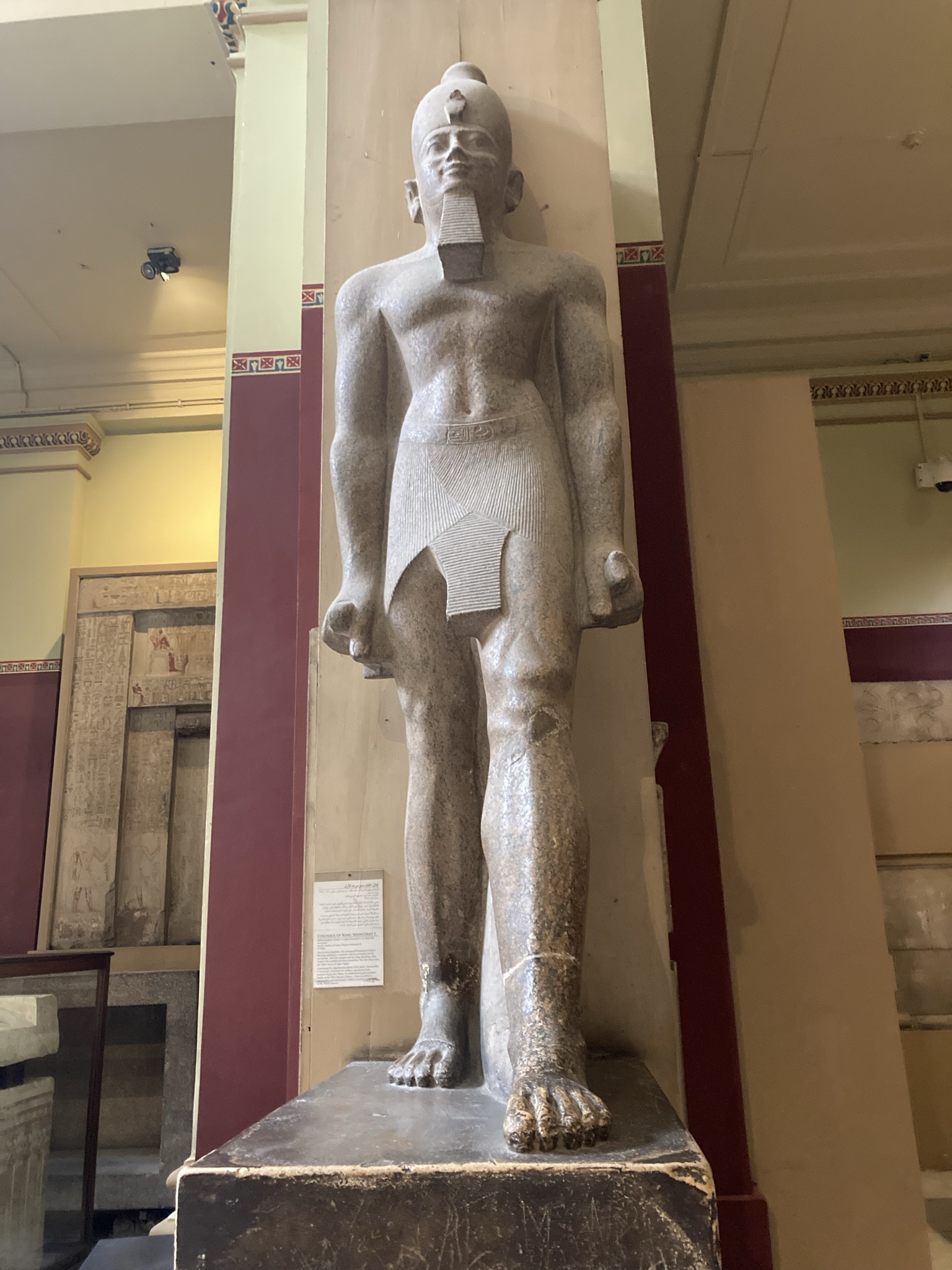 1. Why do they draw people sideways but with torsos front? 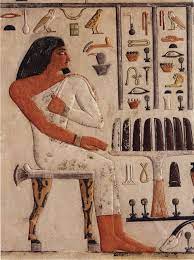 The Egyptians drew scenes with a two-dimensional perspective. You will see people standing sideways limbs, face and waste in profile but with the shoulders and eyes to the front.

The answer is simple: they sought to provide the most representational aspects of each person rather than aspiring for realism. At a glance, the viewer would be able to see all the elements that were most important, rendered from the most recognizable angle and then grouped together to create the whole.  Through this “mashup” they sought to convey complete information on a scene all in a single viewpoint.

2. Why are the men always shown stiff, strong, and striding forward? 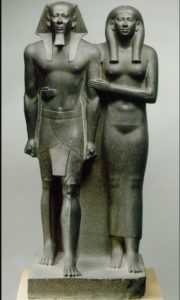 Egypt’s artists presented their rulers with young, idealized, ultra-fit bodies striking a set number of strong poses. One of the most common is of the king or elite official striding forth, left leg forward, to convey a sense of vigor, power and influence.

Why left leg forward? The left side is where the heart resides. For the Ancient Egyptians, the heart was the seat of emotion, but also intelligence and will. By striding forward with the left foot, the king would symbolically tread down evil – so the heart could proceed. In contrast, standing female figures were often drawn with side-by-side feet conveying their more passive and supportive role.

3. While bodies are often idealized, why do we have such individualized faces, especially in Old Kingdom art? 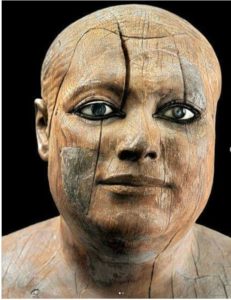 Royal statuary reached its apex in the great art of the Old Kingdom. In the great works that enrich and beautify world collections, we find stunning portrait statues whose faces are strikingly realistic. Characteristic features, little moustaches and unmistakably human expressions. It is almost as though the sculptors of ancient Egypt were Rembrandts of their time, capturing the very essence of these individuals in imperishable materials.

The reason is entirely religious. This fine statuary – some of the best from Ancient Egypt – was never intended for the eyes of the living. Much was created for the burial, placed in funerary chapels, often closed off to all but the world of the gods and spirits.

Here is the belief behind it: The soul of the dead person needed somewhere to reside on earth should something happen to the body. To magically ascend to the afterlife as an “effective spirit” (akh) they needed to recognize their form in the tomb – and come together with body, soul and lifeforce. This realistically rendered statue, unmistakable to the soul – would magically set the transformation process in motion. It would be the home on earth of the deceased for millions and millions of years.

When it comes to art, like many things in ancient Egypt, it’s all about immortality. Ed Bleiberg, curator of the Egyptian collection at the Brooklyn Museum in New York says it best:

The Greeks valued art for its ability to capture a single moment in time, whereas the Egyptians idealized timelessness. “It’s supposed to last forever.”

For more about the art in Cairo’s Egyptian museum — and sorting out all the different museums in Egypt, see our Museum Mania blog. 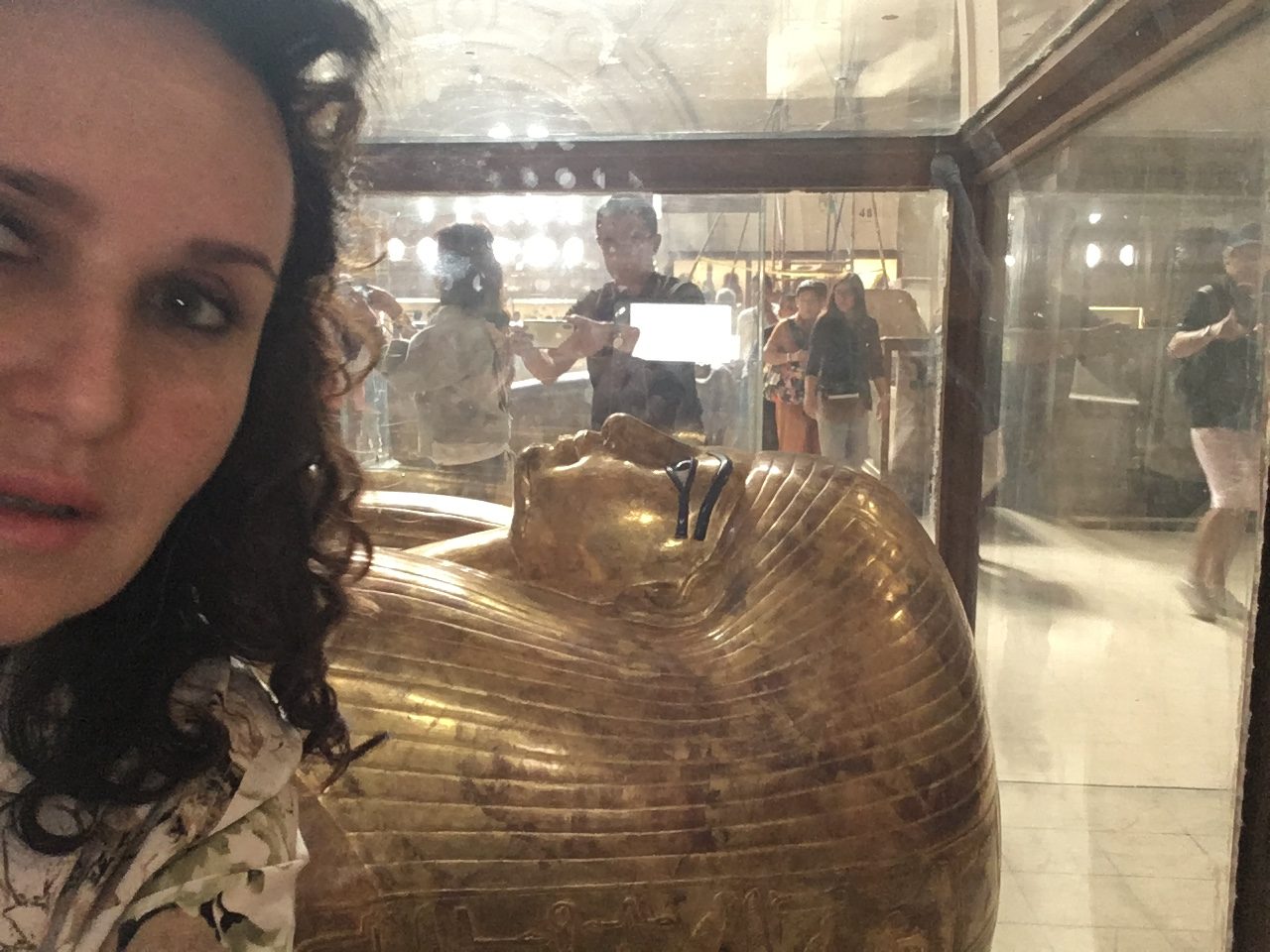 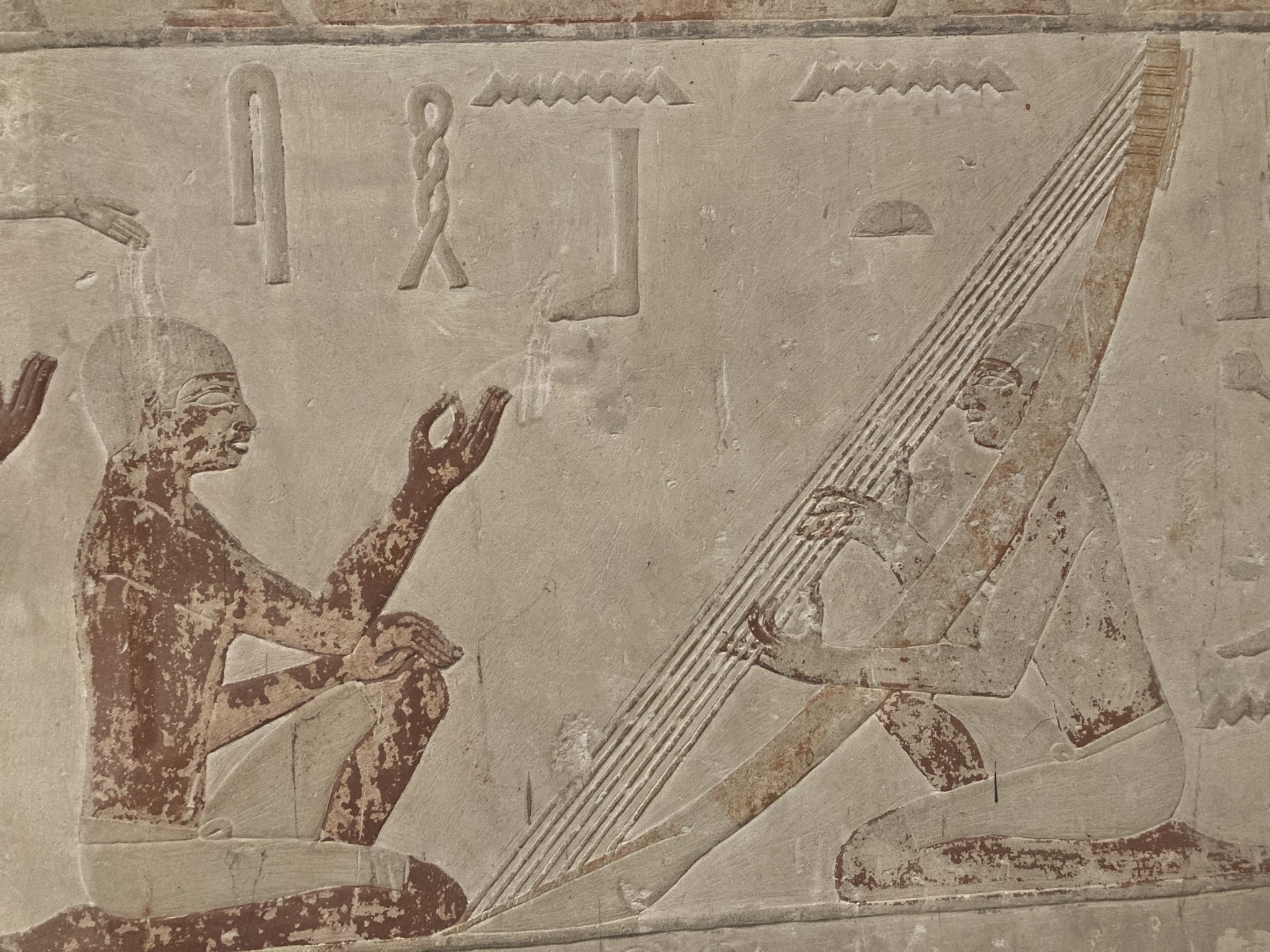 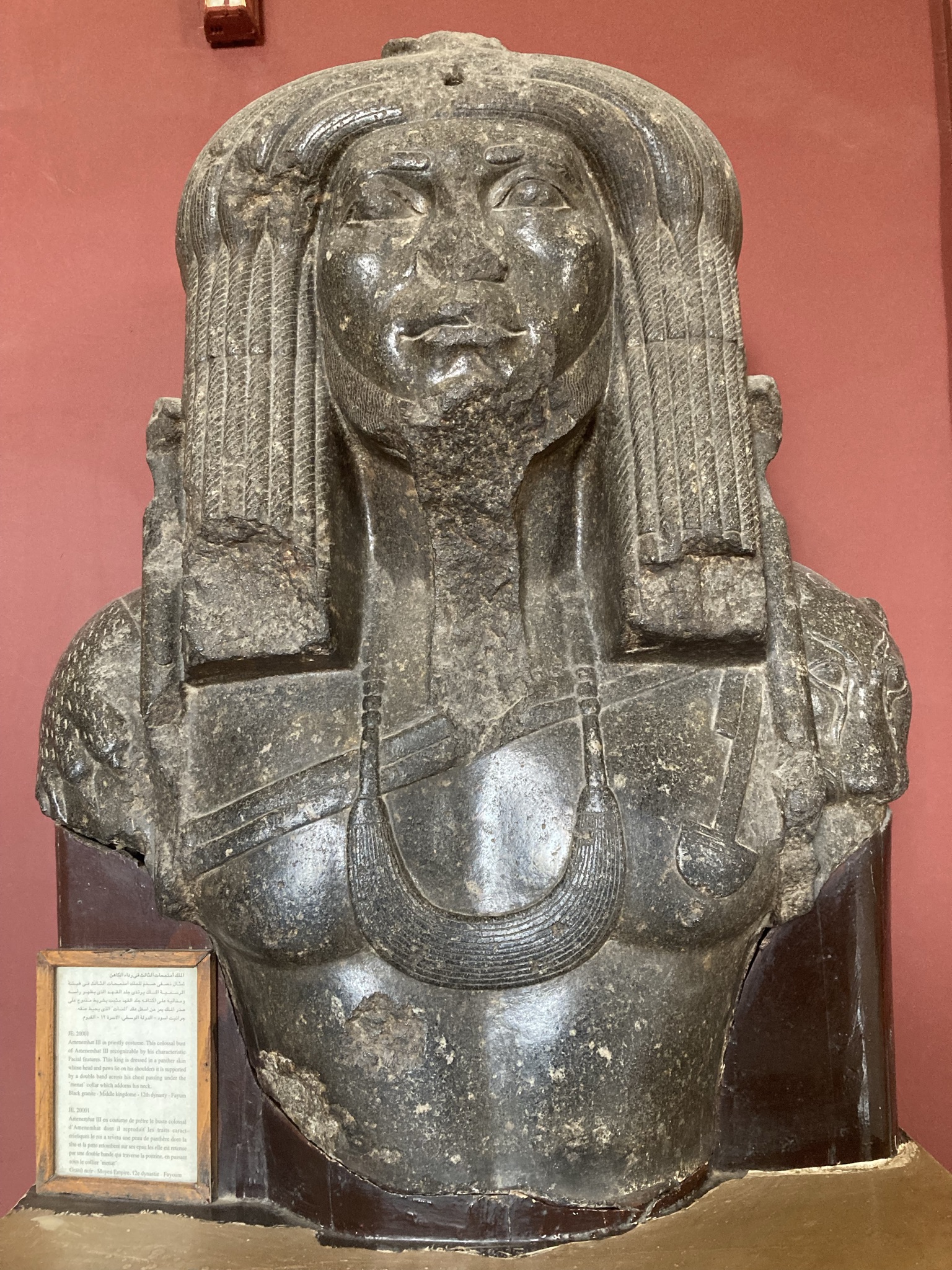