Glorious Procession – a Sign of a Bright Future for Egypt 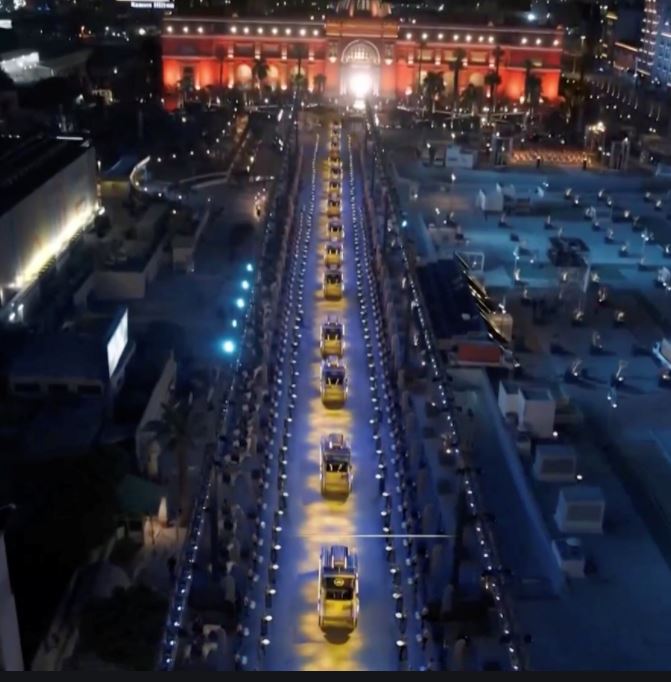 The Royal Mummy Parade Lights up the World

Three millennia after the great civilization of Egypt began its rocky descent – though war, division and foreign rule, it shines again. So brightly. A harbinger of great things to come.

Egypt lit up the world today with an event of utter resplendence and magnificence: The Royal Mummy Parade. Stunning actresses channeling goddesses Isis and Hathor in dazzling garb at the great Temple of Hatshpsut. Mesmerizing performances of ethereal dancers before the glowing Sphinx and great Giza pyramids. And the cavalcade of 150 horses along with stirring pharaonic music, 21 gun salute …and processions of the long dead kings on magnificent vehicles with wheels like Ra and wings like Horus. 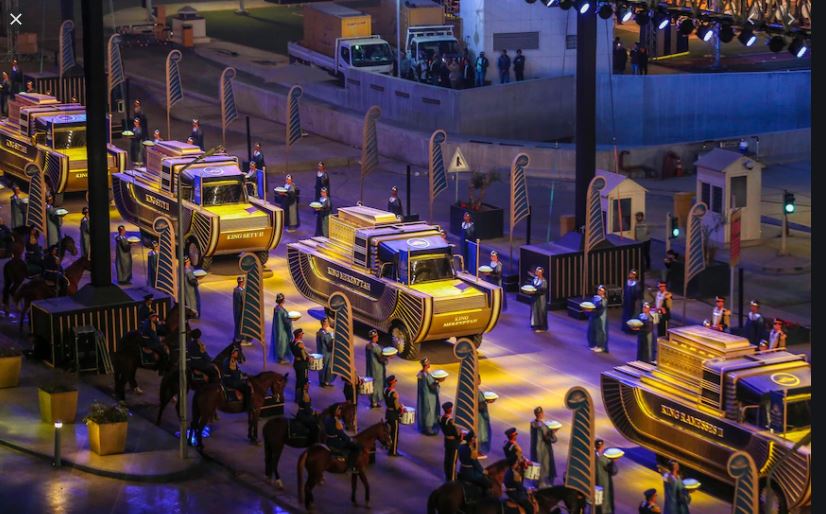 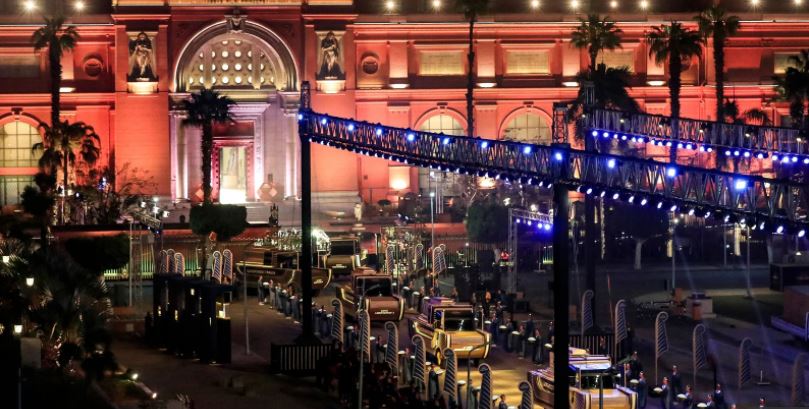 Not since the dramatic revolution of 2011 have eyes from across the globe been glued on Cairo. Al Qahira the Victorious.  But this time, not to witness a spectacle of violence and terrifying protest, but one of grandeur, pride and divine celebration!

Today was Egypt’s day. Its renaissance. Rebirth. Dare I say, resurrection. As Ramses, Seti, Amenhotep III and all the greats received a new home for eternity, so Egypt celebrated a Hebsed jubilee like never before.

The procession of 22 royal mummies from the Egyptian Museum in Tahrir (their home since the turn of the 20th century) to a magnificent new home – the new National Museum of Civilization (NMEC) set on a lake in the Fustat area of Cairo was an event the like of which has not been witnessed before…  not since Pharaonic times, at least.

“The awe-inspiring spectacle will be proof of the greatness of Egypt’s people, who stand guard over this unique civilisation that extends back to the depths of history. I invite all Egyptians to witness this monumental day, and to be inspired by the spirit of their ancestors.” 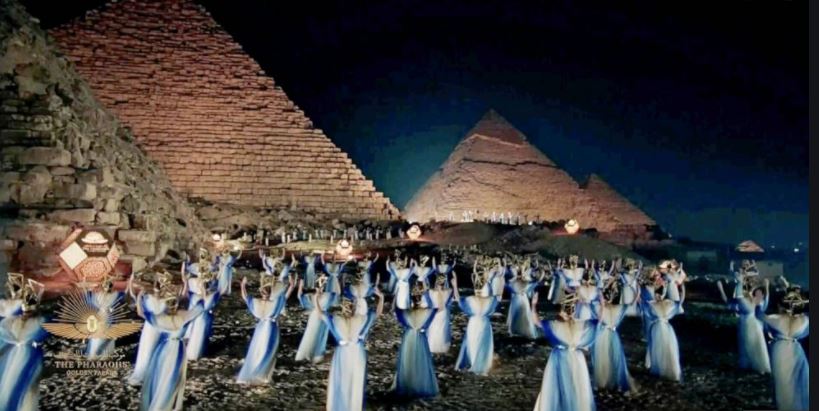 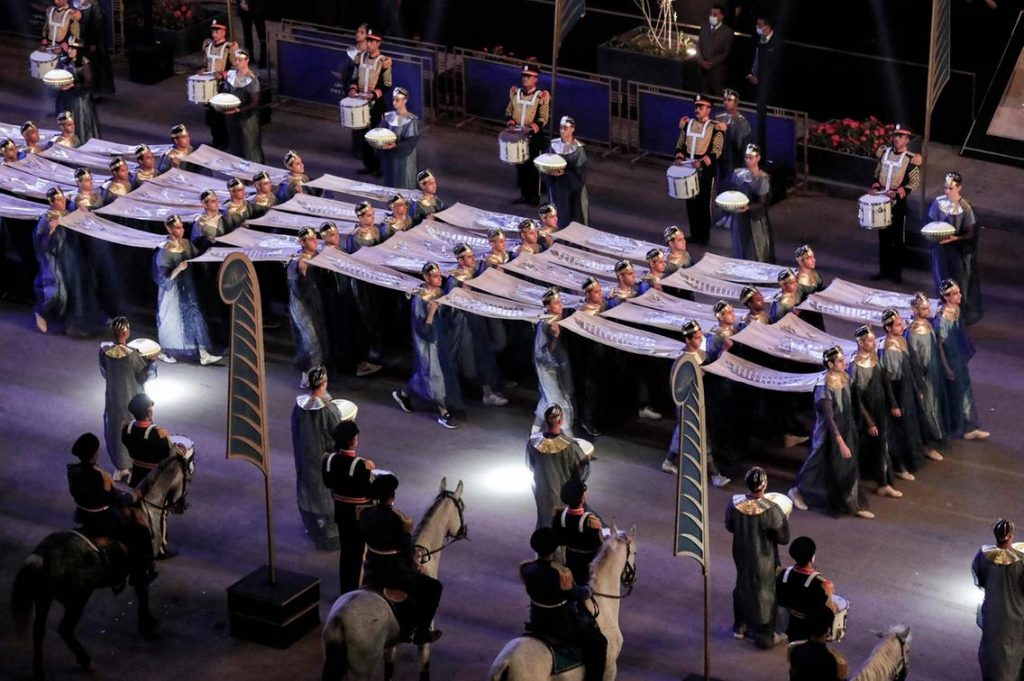 Why the parade? Why the celebration now in Egypt? So many reasons. In the years following the revolution Egypt has been undergoing  a renaissance. Archaeology is booming. New sites are opening – like the Step pyramid, the Baron Empain palace – and new tombs and temples are being discovered and restored across the country. New Cairo – a wealthy new administrative centre – is rising… and attracting big business and big tech from around the world. The country is also preparing to launch not one, but multiple museums, the most anticipated being the Grand Egyptian Museum, future home to the Tutankhamun treasures at the foot of the Giza plateau.

The most touching moment? President El Sisi  – a lone figure standing reverent on the steps of the National Museum as one by one the vehicles bearing the great kings past by him. Here was the present king paying respect to his long ago ancestors. Kings so mighty they not only fathered the great civilization of Egypt – but all of Western civilization.

We can only hope that we will all be free to travel to Egypt in the nearest future – to touch, feel and experience in person the magic of these extraordinary times. 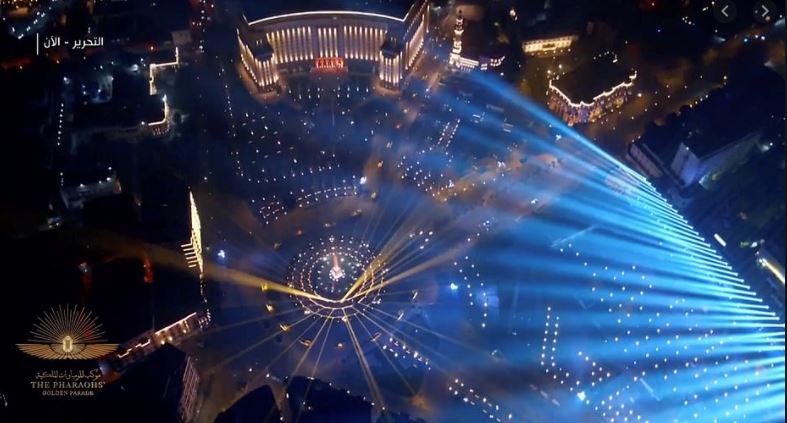