The truth about the plight of dogs in Egypt

The common people, elites and even the Pharaohs of ancient Egypt would likely be horrified at the plight of dogs in Egypt today. Once revered as gods (Anubis& Wepwawet) and cherished as dear pets, today the status of dogs is in some areas of Egypt today is lower than low – about equivalent to rats and filthy vermin in our Western society. As we learned, up to 100,000 dogs are poisoned each year in Egypt!

That is why on Sunday, December 4, 2022, at 2 pm EST I am giving an important fundraising lecture Furever Friends, on the cherished dogs and cats of Ancient Egypt – with ALL proceeds going to the Egyptian animal rescues in Egypt. In it, I will talk about the wonderful dog and cat gods and how the ancient Egyptians even pictured their pets on tomb reliefs and gave them fine burials to secure their afterlife. <Register here> — even if you won’t be able to attend but would be willing to support the cause! 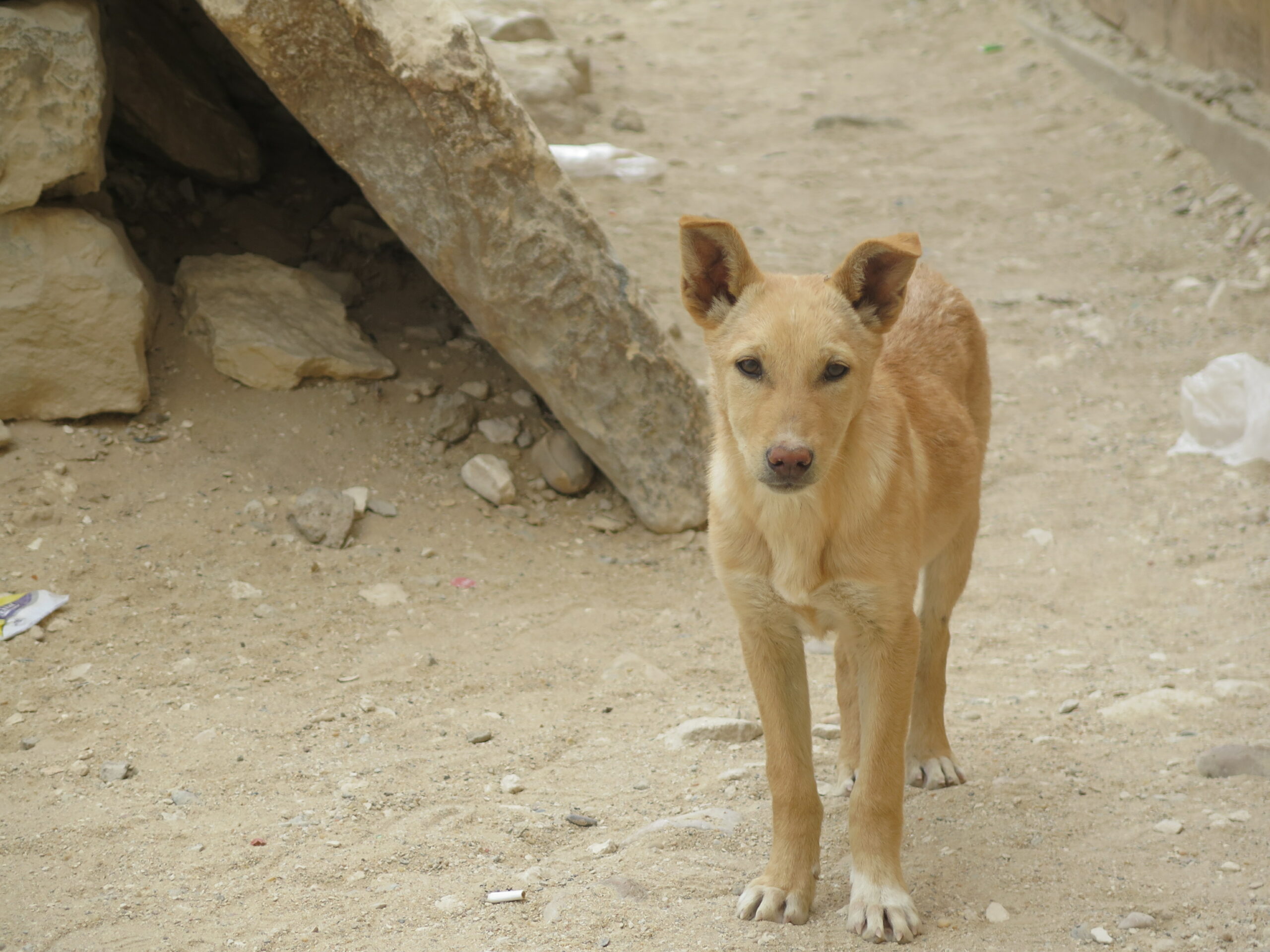 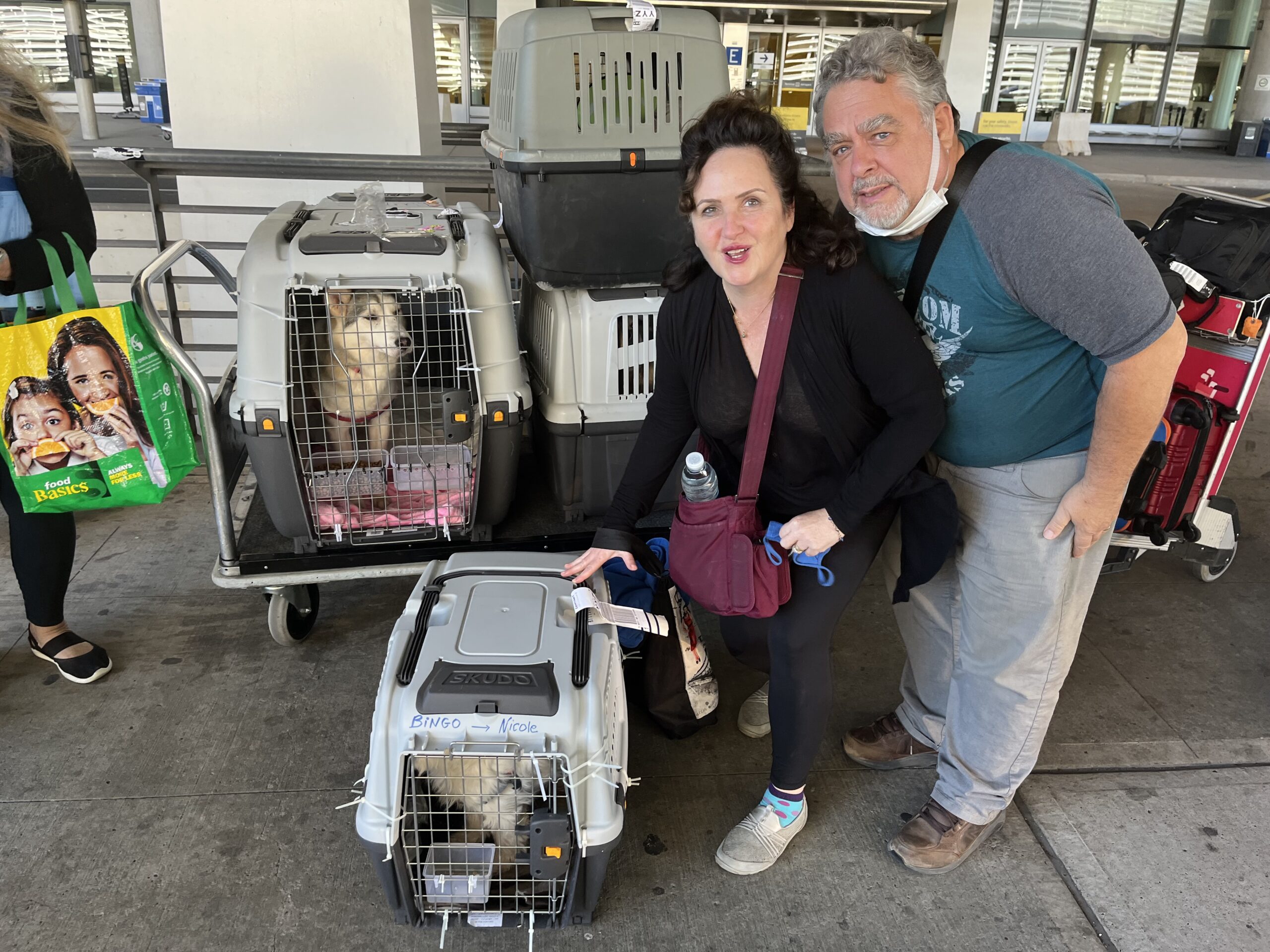 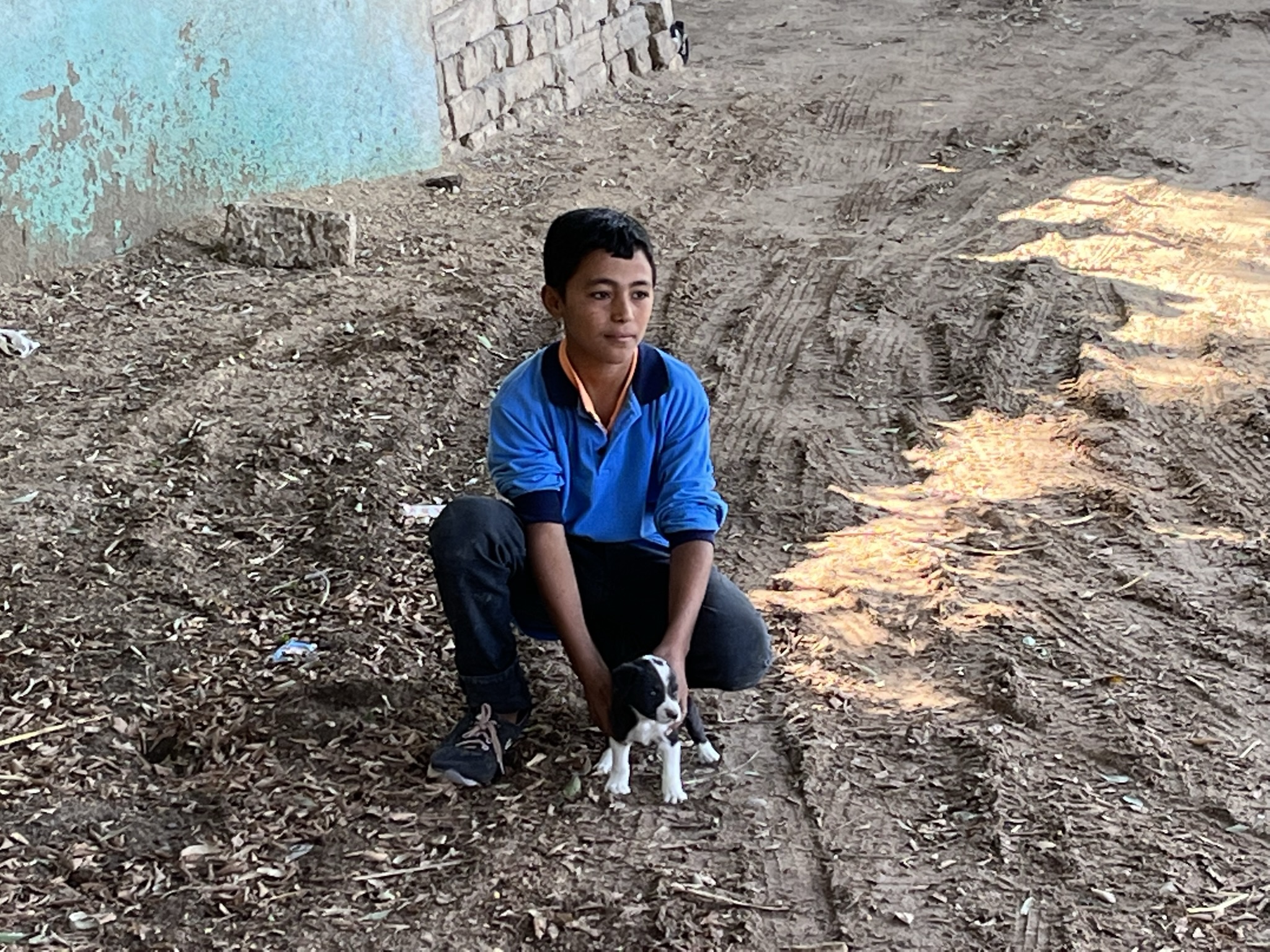 This September, my husband Francois and I flew to Egypt primarily to assist as flight parents for ten beautiful dogs needing to fly to Canada to escape the dangers of existence in Egypt.

Among them, was a gorgeous young cocker spaniel and a stunning young female Husky. The Husky, now named Sidney, had been in a Cairo home, dog but was abandoned – thrown out in the street for some unfathomable reason. A similar case for the Spaniel. Both today have loving new homes in the Toronto area, thankfully.

One sweet little fuzzy white dog, Rico, was owned by a man and woman, but the man beat him badly and threw him in the street. Another white dog, Chloe, was bought as a present for the grandkids of a wealthy family. Once the thrill was gone, she was disposed of by the family – thrown out like an old Christmas tree, after just two months.

One way of helping a very tiny percentage of abused and abandoned dogs right now is getting them out of the country to a better place, and a better home. But now this is even becoming difficult. 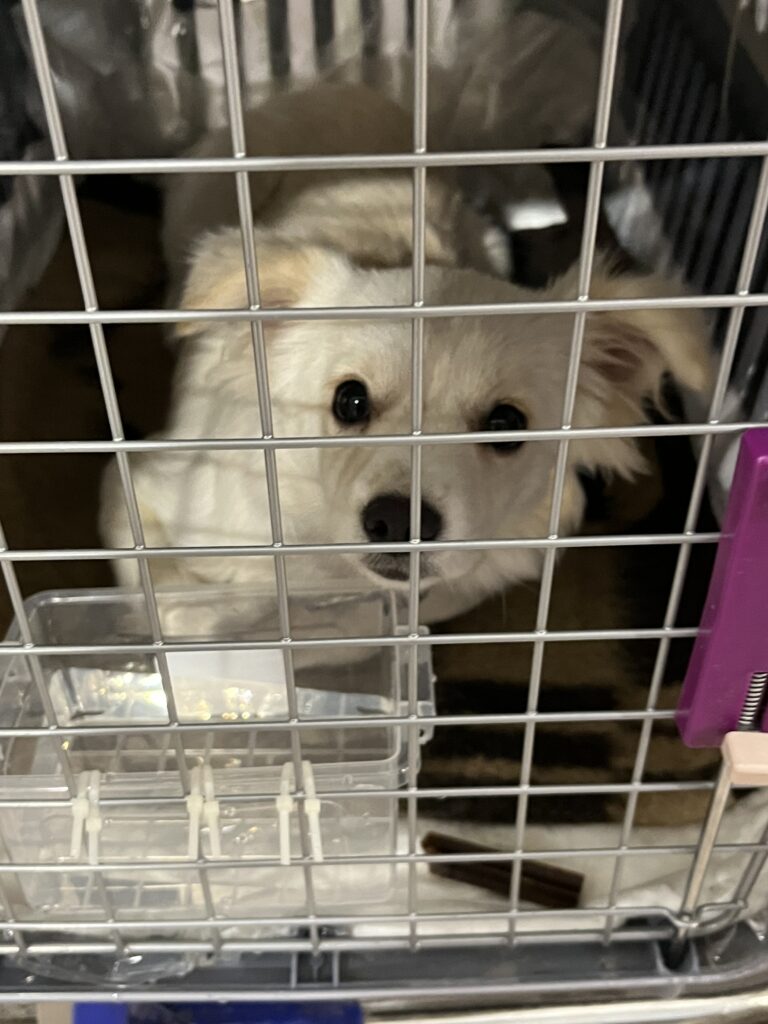 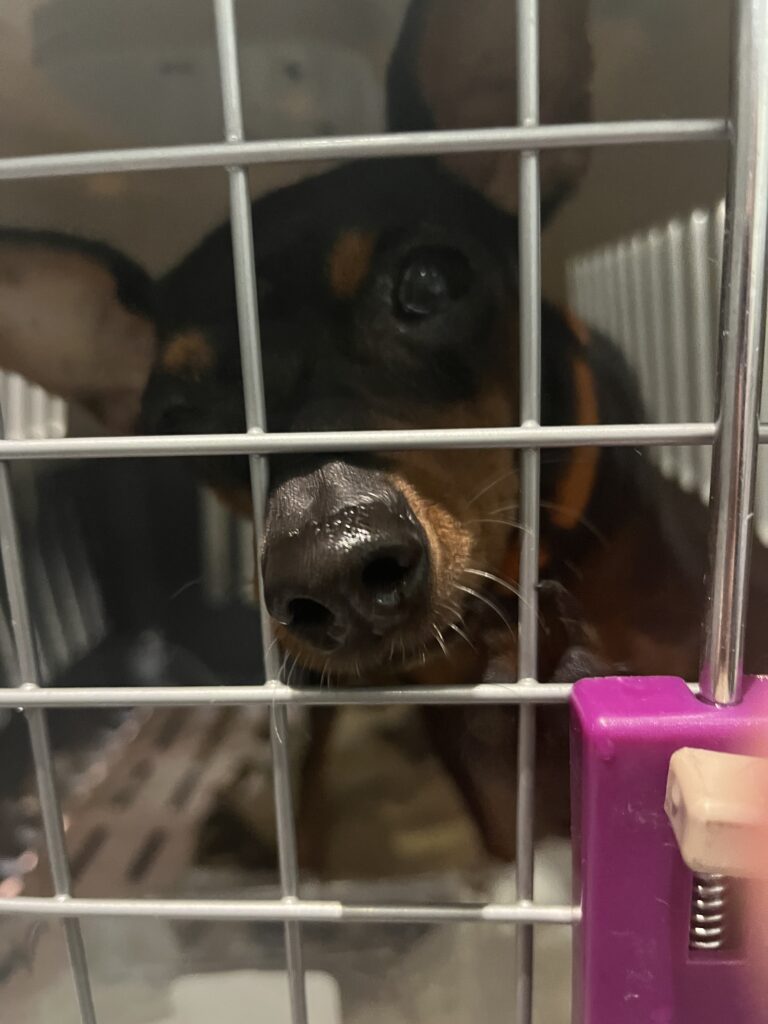 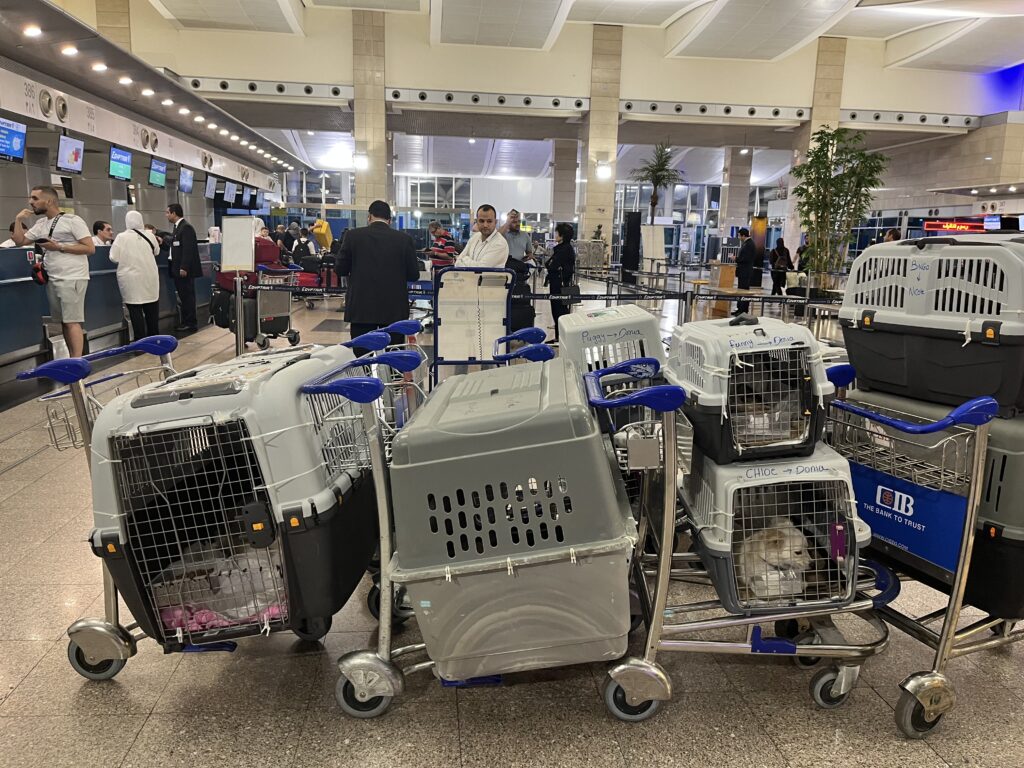 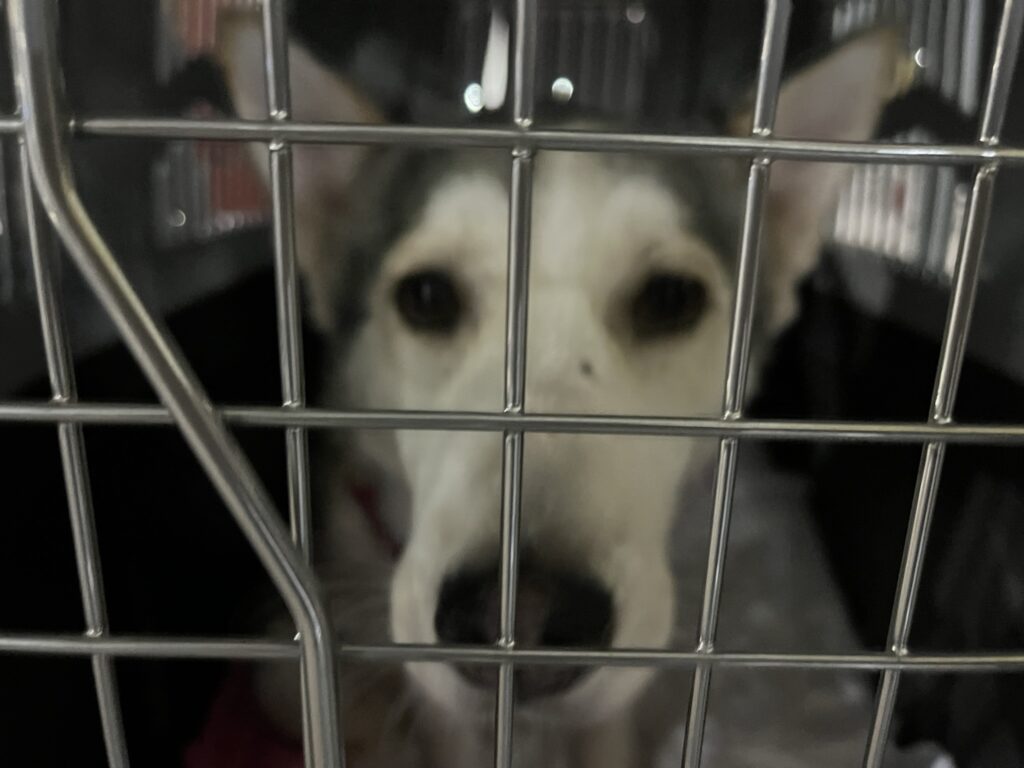 As of September 30, 2022, an unfair new policy by the Canadian Food Inspection Agency (CFIA) that banned the import of dogs from more than 100 countries due to the threat of rabies. Rabies, while a very serious disease, is fairly uncommon in Egypt. Less than 50 cases a year (largely in rural regions) in a population of 200 million.

Moreover, the dogs that are rescued for import to Canada and the US are painstakingly treated and screened before being allowed to fly. 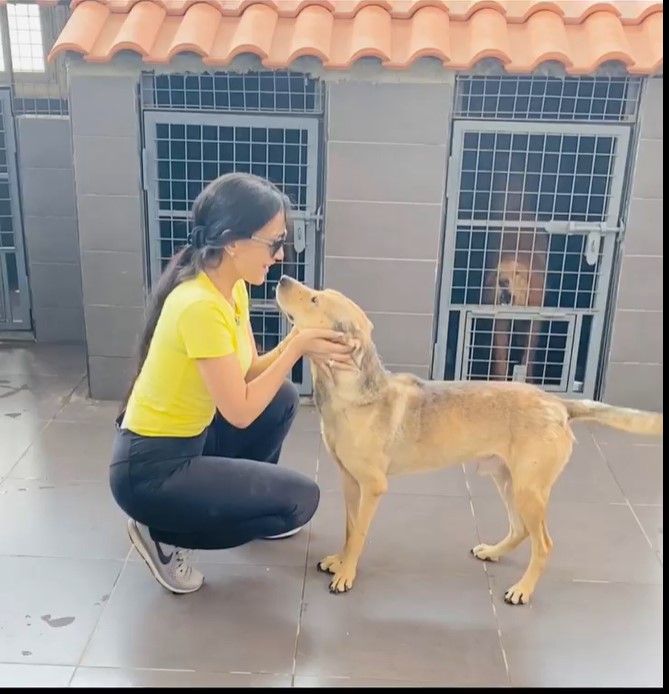 Sara Mata and “Pluto” – a rescued dog now happily living with his “mother” Samara in Brockville, ON 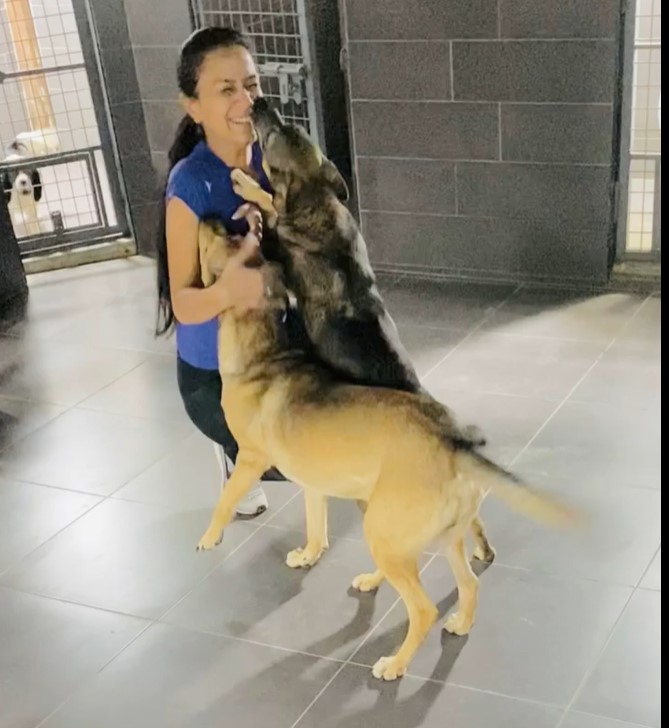 After our Egypt tour in November, we spoke with Sara Matar, a brave and caring animal rescuer in Cairo:

“We send our dogs away because here the strays are treated badly, they are abused and poisoned – sometimes, I’m sorry to say, by our government using strychnine.”

“They die within five minutes,” she says. “Sometime the veterinarian authorities spread out this deadly poison on streets. It’s a fatal poison that can be easily transmitted to humans by touching and smelling.”

Sara herself was poisoned in 2021 while trying to help dogs in the street.

“Last year my local street pack was poisoned by strychnine. There was only one survivor, and I went to help her – and got poisoned transferring this surviving dog to the clinic – just by touching the dog. I had a high fever, fast heartbeat – and they found my liver enzymes were high.”

So, it’s not just the dogs at risk, it’s people.

In some areas of Egypt, particularly affluent areas, people particularly despise and abuse dogs – mocking those who try to rescue dogs.

“In my street, from three years ago, people made fun of me because I go feed the dogs and cats early in the morning – they even throw water on me,” Sara said.

“Step by step, I tried to talk to them, telling them these dogs have the right to live. They only need food. In fact, if you treat them in a very good way, you will find they are guarding you. Step by step they started to love the dogs in the street – my street – and they got really sad when the dogs were poisoned.”

In some areas of Cairo, as Sara explains, they realize dogs are essentially good. Today, in areas near the Pyramids in Giza, downtown, and in the touristic areas, more people are treating animals, both dogs and cats, in a really good way and are feeding them.

I saw this happen myself with one of the vendors at the pyramids feeding a band of dogs there – and I gave him money to reward his benevolence.

In other areas, as Sara revealed, they are more likely to abuse the animals: New Cairo Heliopolis, Nasr city, ironically the wealthier areas of Cairo. In these districts, they associate dogs with all that is dirty. They want to clean up the streets for the wealthy who live there – even through poisoning.

Sara says that she and other animal defenders try to spread word in these newer built communities (like New Cairo) that this area was the dogs’ area first, it was not like this before – it was desert and scrub. With new development, people came in and took away – built over – their area. We also tell them the dogs now have made themselves guardians of the people who now live there. Today you still find foxes, snakes and scorpions in these new developed districts like New Cairo — and the dogs are actively protecting the residents from these nasty threats. Dogs always want to be useful – and are for tens of thousands of years, a best friend to humankind. T 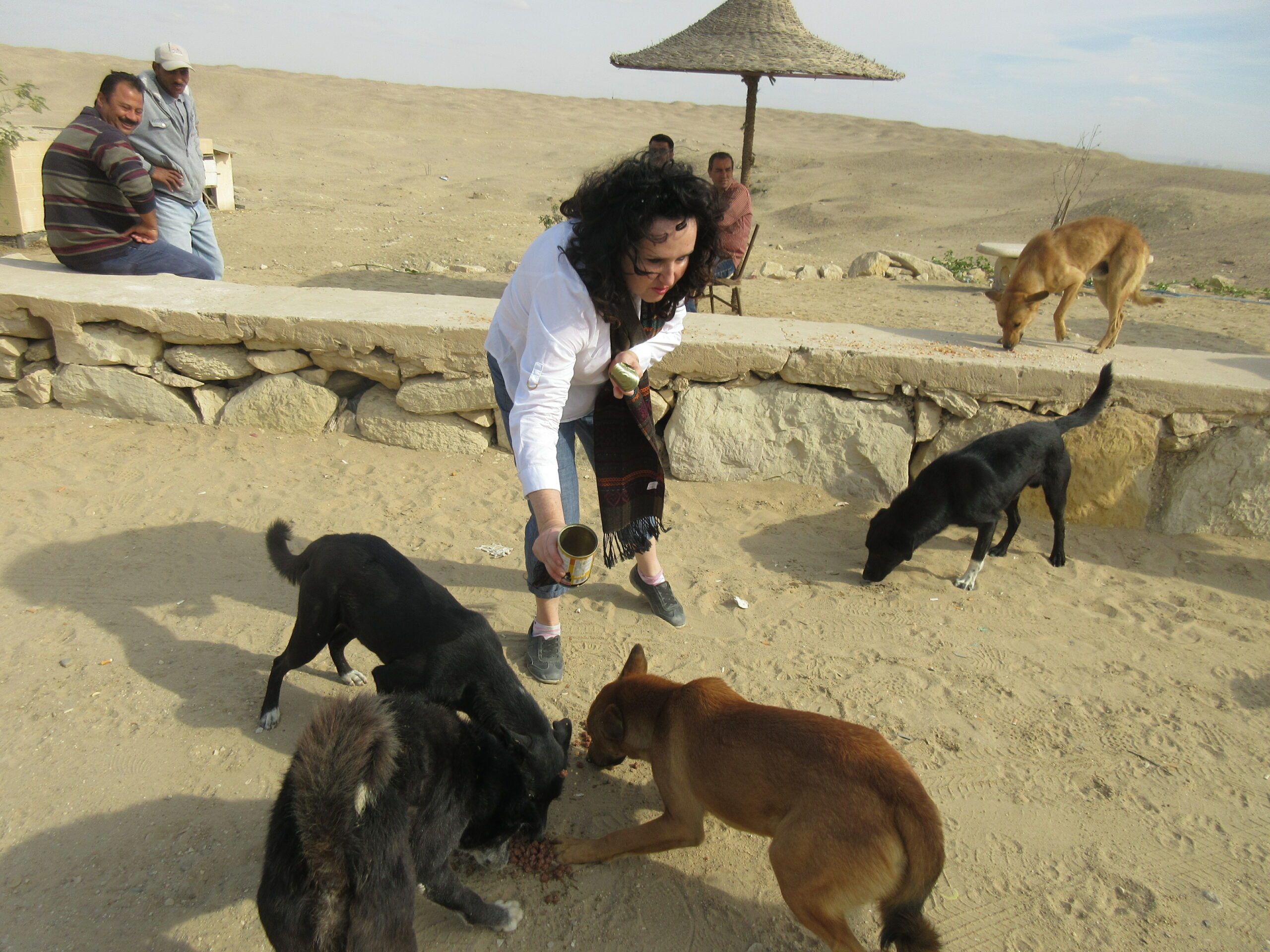 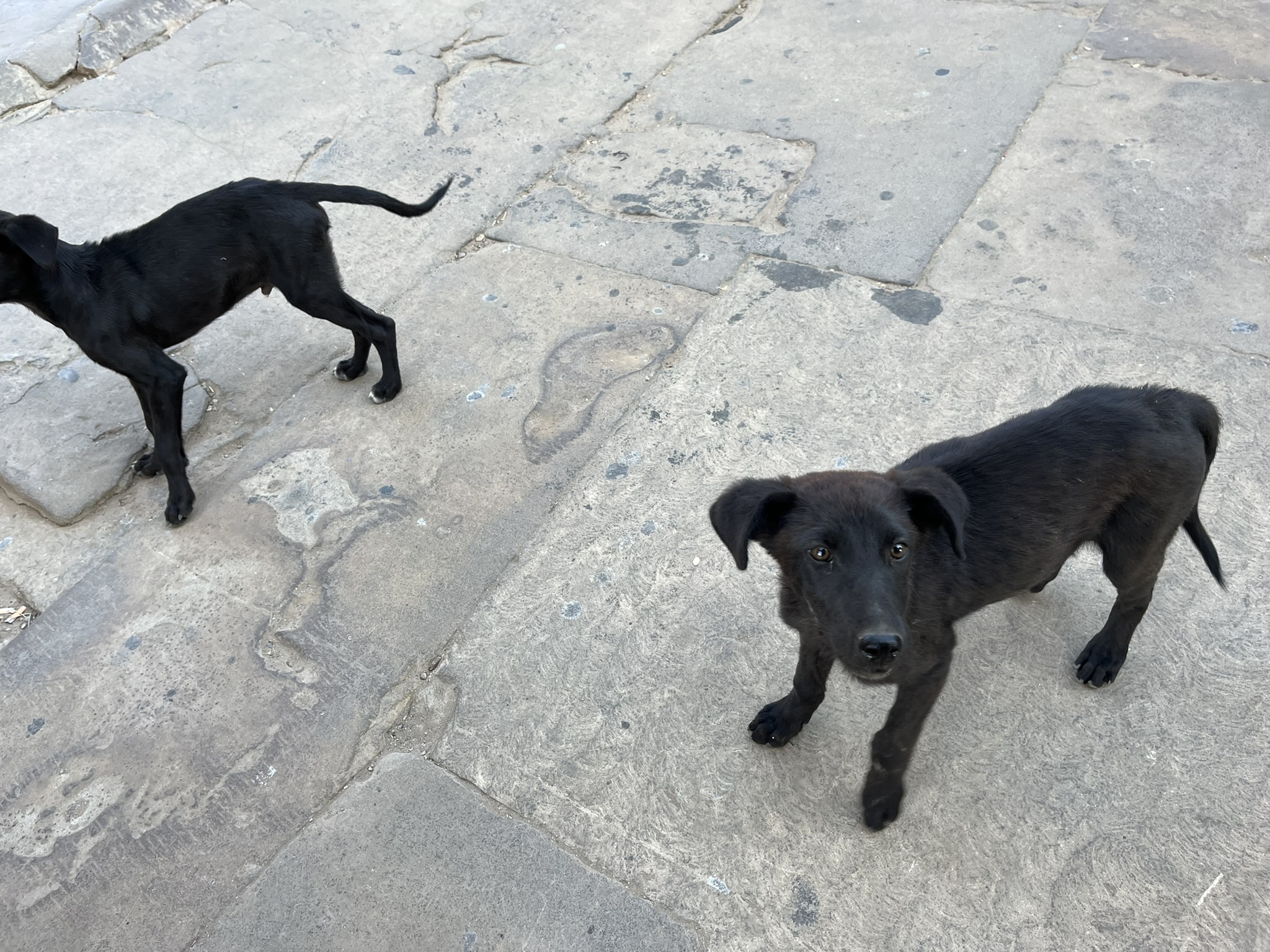 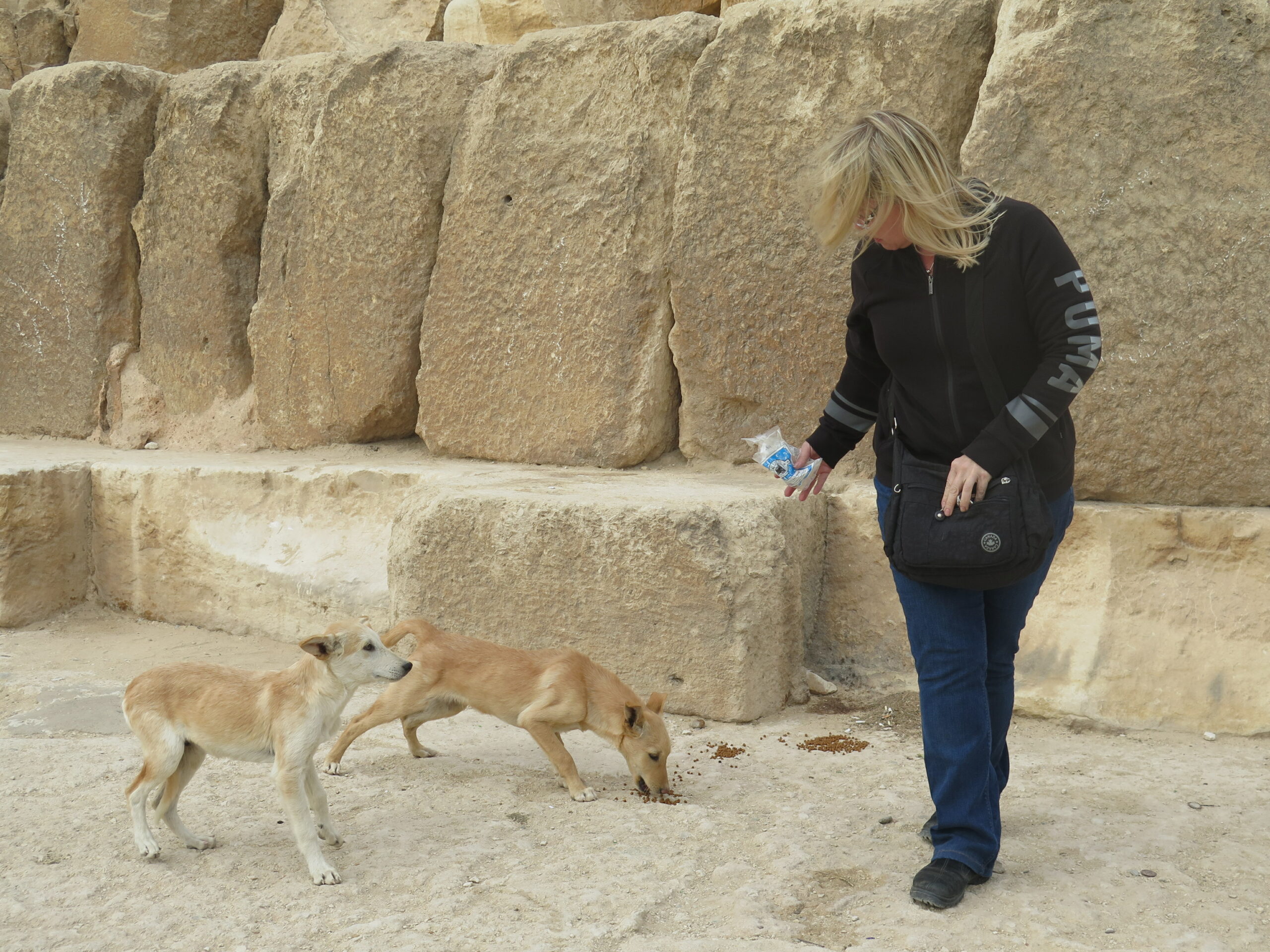 How many dogs die in Egypt each year due to poisoning. The number is worse than you may think. “100,000” Sara says without hesitation.

“There is another way to reduce the number of dogs of course: by spaying and neutering, she says. “But they don’t want to. They say it’s expensive – but so is the poison.”

Education of Egyptians about dogs is critical

So, what can we do about this terrible dog abuse and poisoning issue – especially as exporting is now banned.

“We need to educate people, says Sara. “Dogs have the same right to live in this world as us – and they are families too.”

Ultimately, Sara says, it’s about education. Convincing the people of Egypt of the importance of spaying, neutering, and vaccinating. This will reduce the aggression of the dogs too. Flyers would really help. Also, they need to learn how to approach a dog, never to run in front or look direct in their eyes. And of course, many people throw rocks and abuse them which makes things worse.

What other advice would Sara have for Egyptians who are afraid, dislike or wary of the many dogs roaming the streets today? 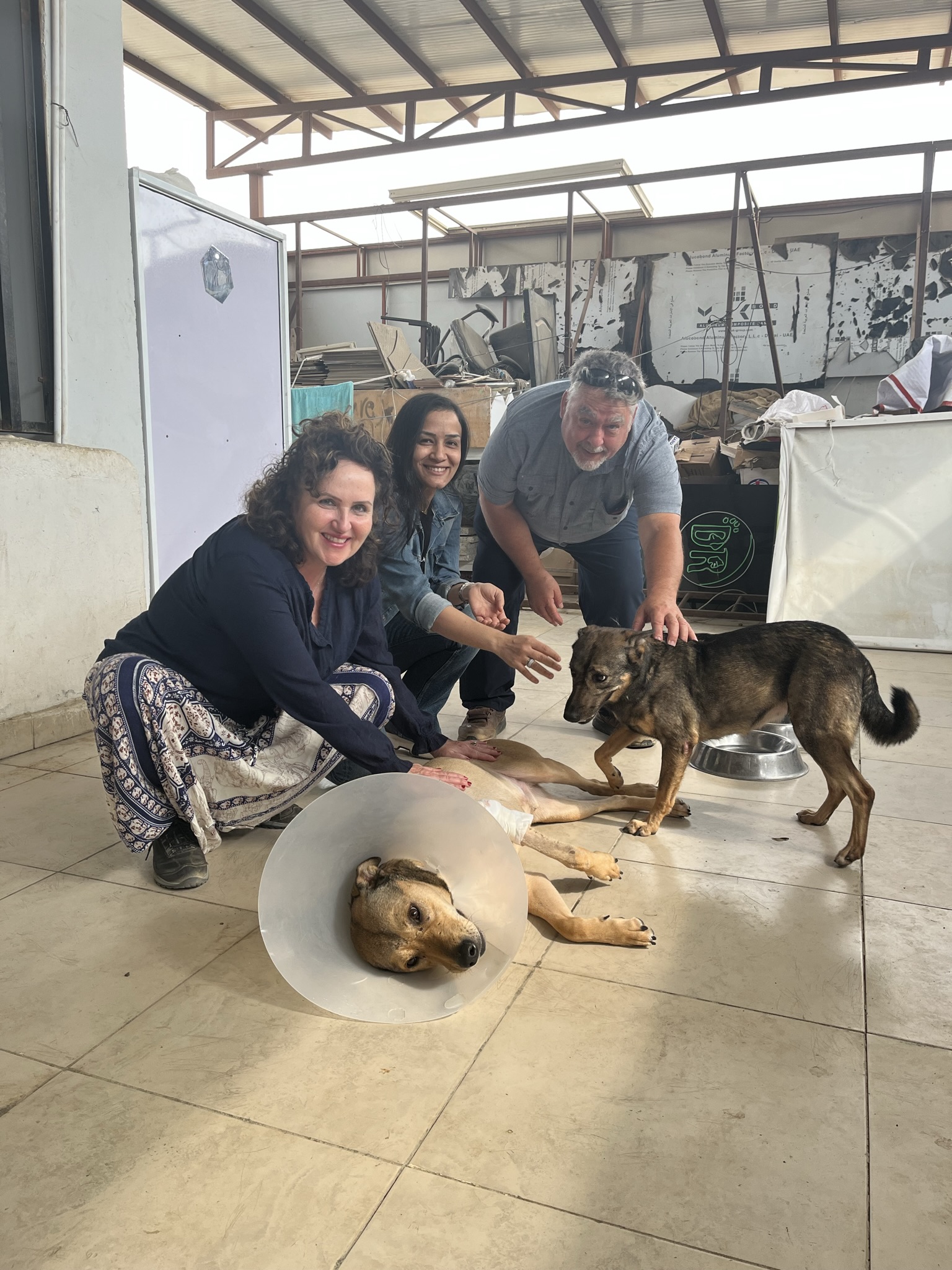 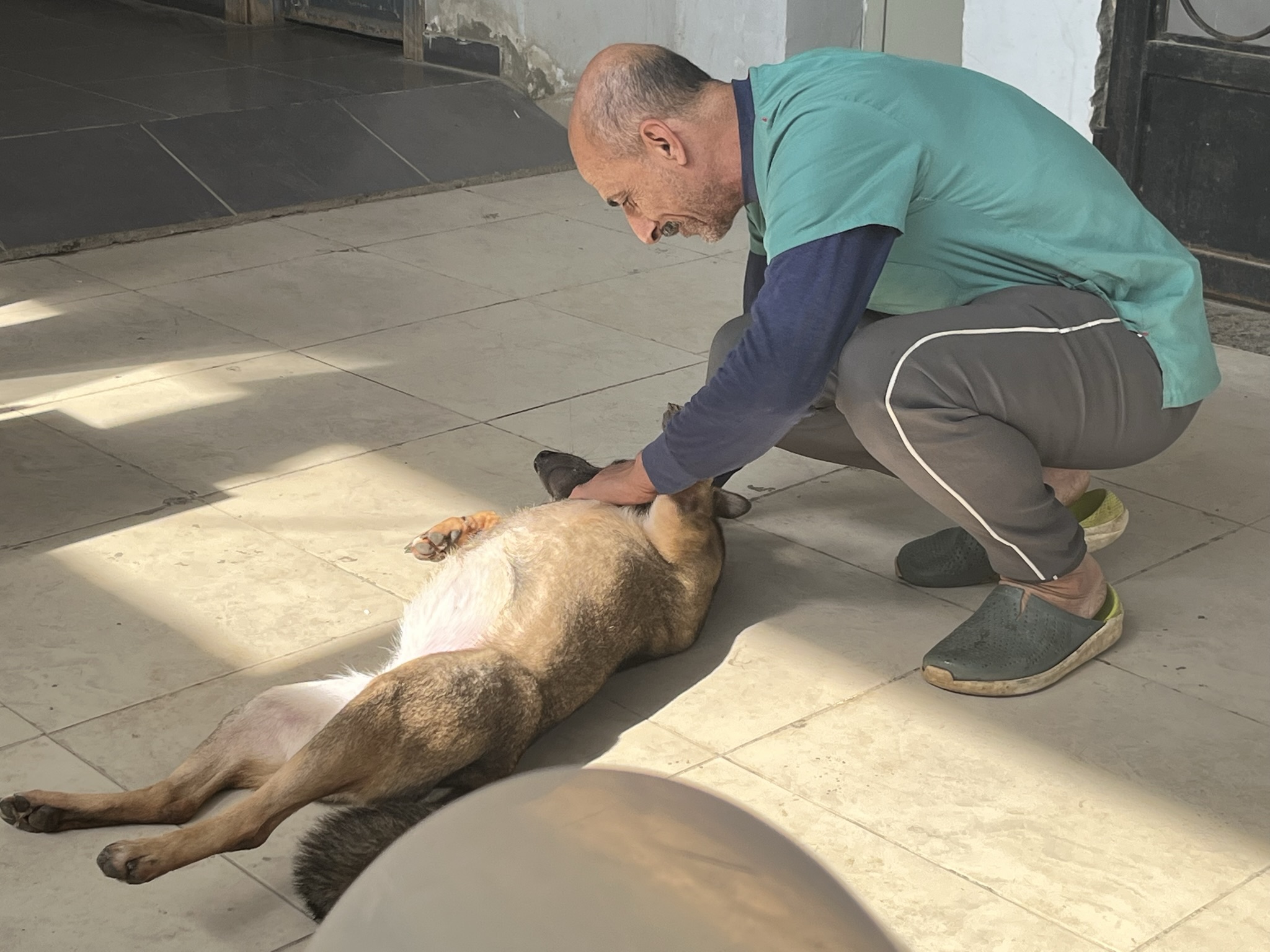 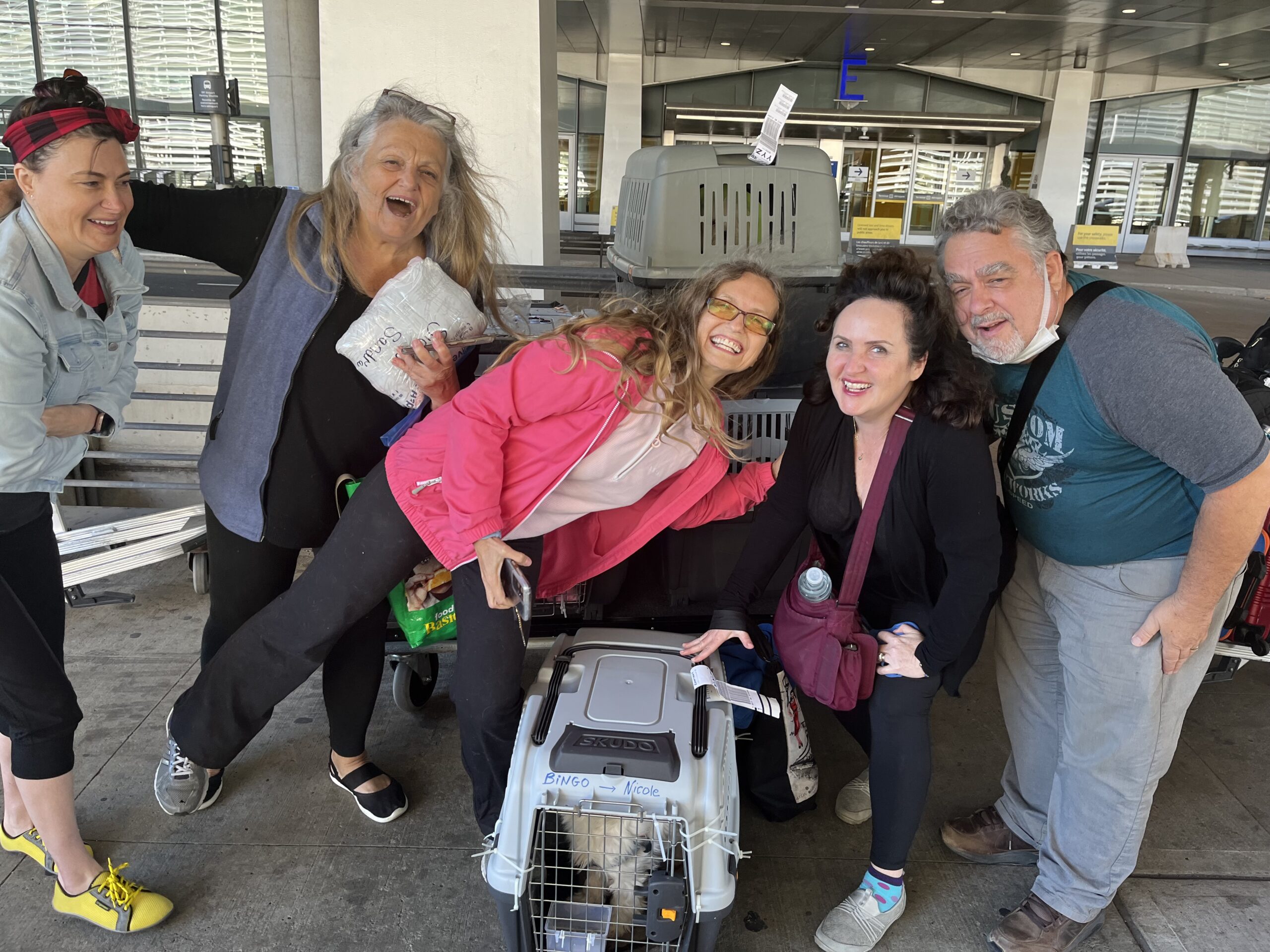