Channeling the Magic of Ptah and Sekhmet at Karnak Temple 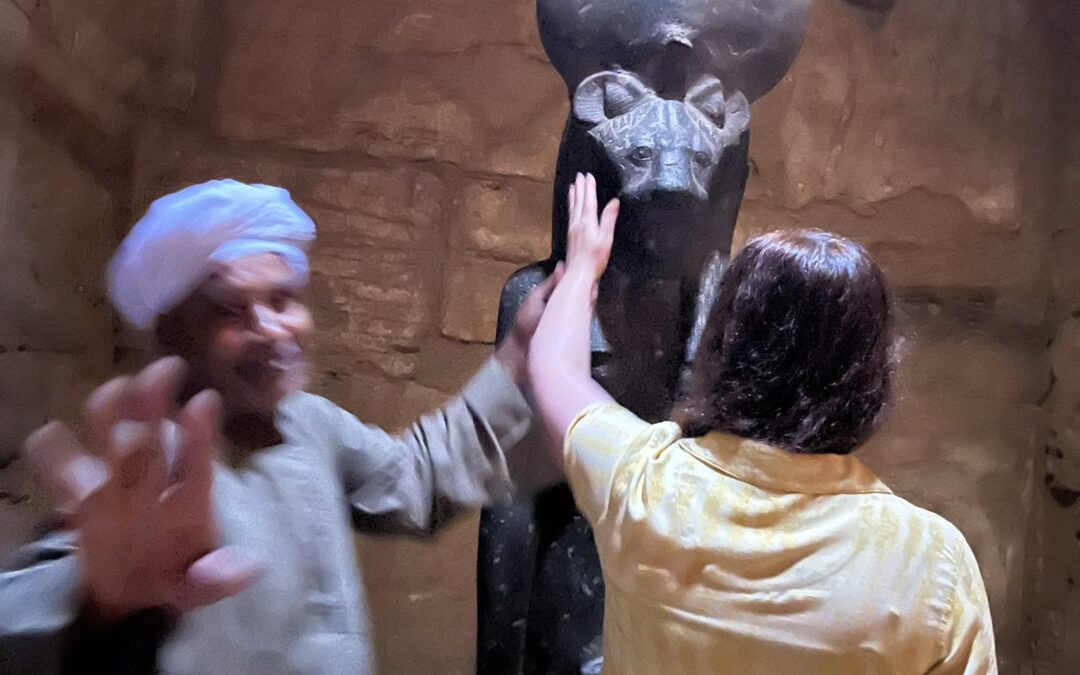 The Ptah Temple at Karnak – where the spooky Sekhmet statue stands in her shrine. 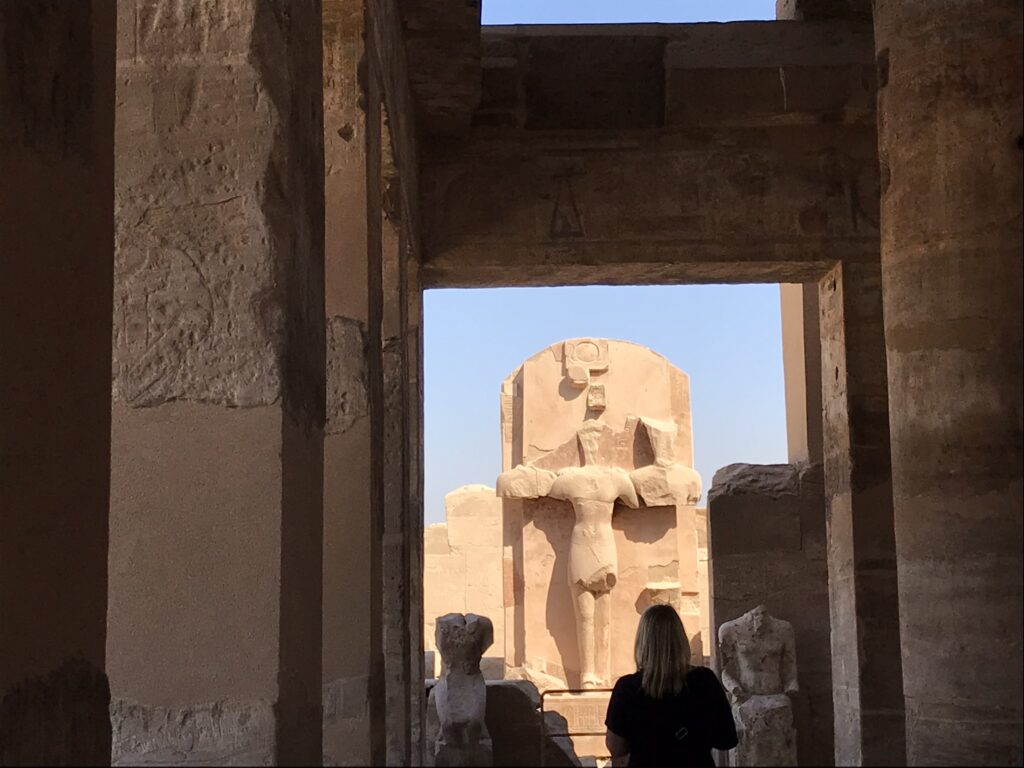 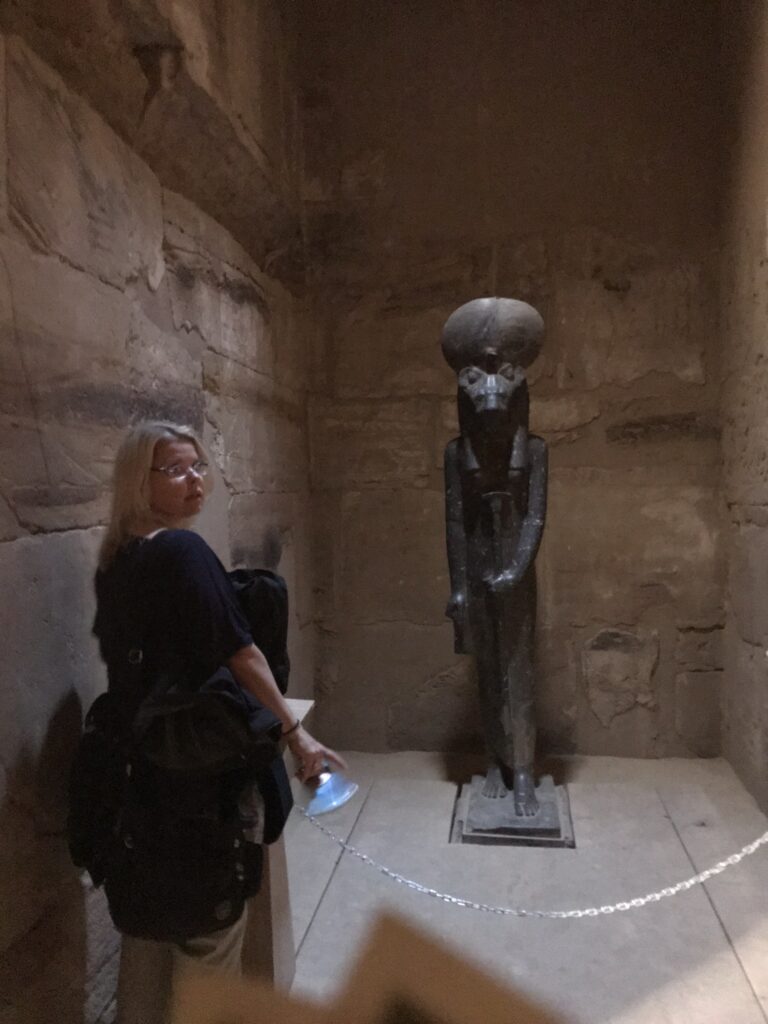 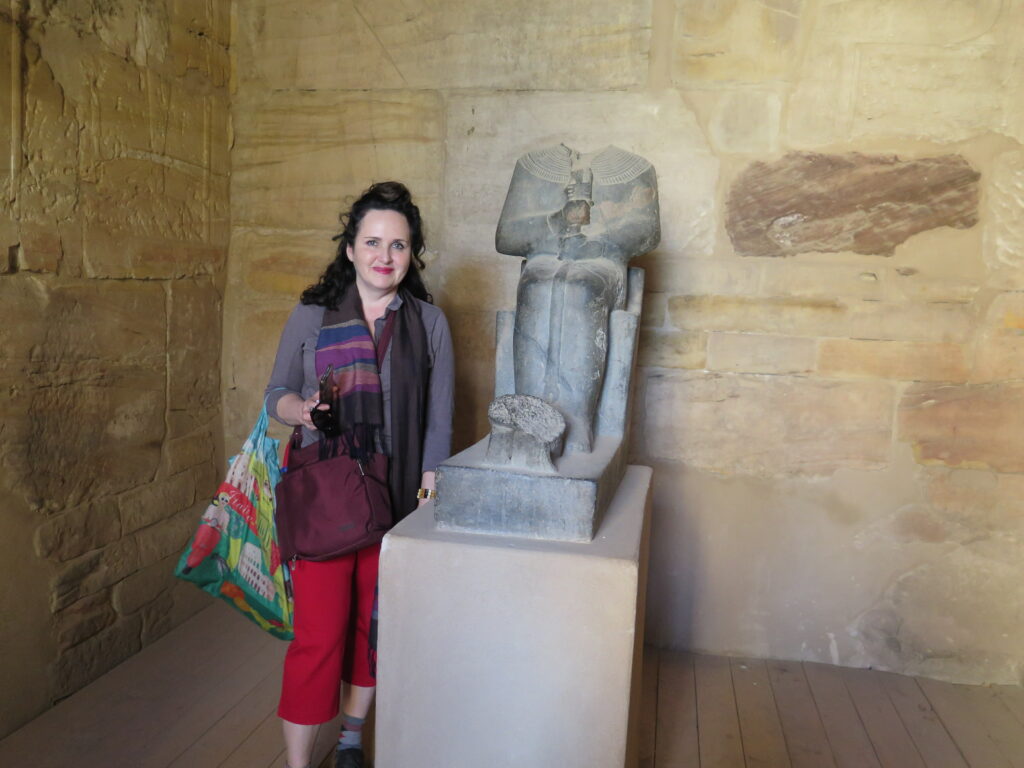 Hidden in a remote area of Karnak Temple, the Ptah Temple precinct holds magical delights for those who seek it out. Originally built by Thutmosis III, it is a complex that pays homage to the great creator god of Memphis, the goddess Hathor, and Ptah’s consort Sekhmet, the lioness goddess of war, disease, and the eye of Ra!

The temple consists of three interconnecting sanctuaries consecrated to his Memphite triad: Ptah, Sekhmet and their son Nefertum It was built (as many are) on the site of an earlier temple of the Middle Kingdom in wood and brick – and an offering shrine of Amenemhat I resides there.

Interestingly, the Ptolemies who restored the temple did not replace the earlier royal cartouches with their own, but actually repaired damaged and missing sections with the names of the original builders.

Thutmosis III (1479-1425 BCE), the great Napoleon of Egypt, gives us in his own words insight into why he built this temple (on the foundations of an older one) in an inscription on a stele there, between the fourth and fifth gates:

“My majesty commands that there be built the temple of Ptah-south-of-his wall, in Thebes, which is a station …. of my father Amun-Ra, lord of Thebes… Lo, my majesty found this temple built of brick and wooden columns and its doorway of wood, beginning to go to ruin. My majesty commands to stretch the cord upon this temple anew, erected of fine white sandstone, and the walls around it of brick, as a work enduring for eternity.

My majesty erected for it doors of new cedar of the best of the terraces [Lebanon], mounted with Asiatic copper… I overlaid for him his great seat with electrum of the best of the countries. All vessels were of gold and silver, and every splendid costly stone, clothing of fine linen, white linen… to perform his pleasing ceremonies at the feasts of the beginning of the season.” 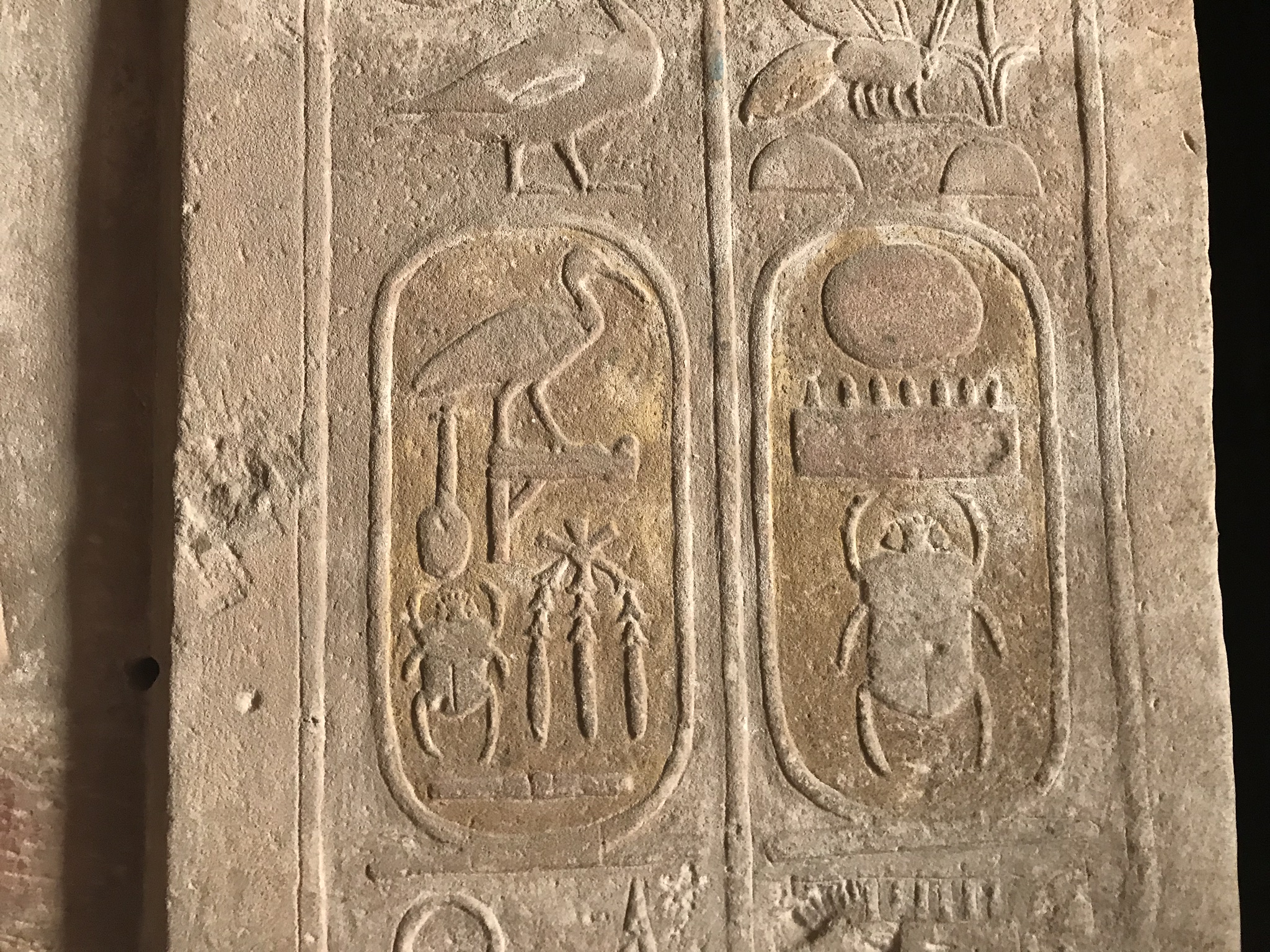 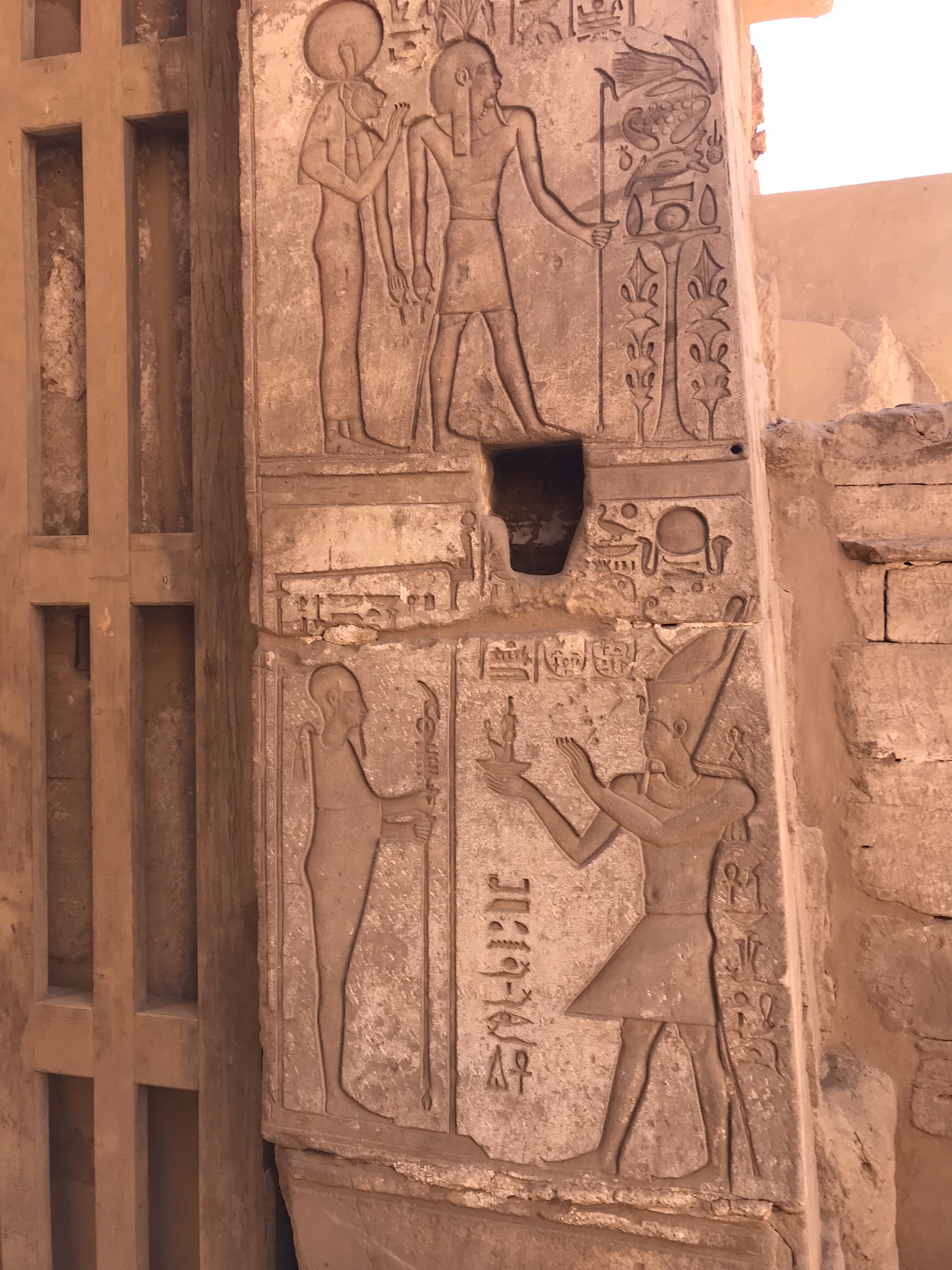 A headless Ptah in his shrine

You will find Ptah in his shrine, though badly damaged and headless. This work is beautifully carved from a monolithic block of black granite in such an artful way by ancient sculptors that a pink vein of stone can be perceived running from right to left across the chest. Ptah holds his familiar was sceptre (symbol of power) emerging from a long sheath ending in the Djed (symbol of stability and strength) His feet are massive and swaddled and before him on the same pedestal, is the bottom part of a kneeling figure. 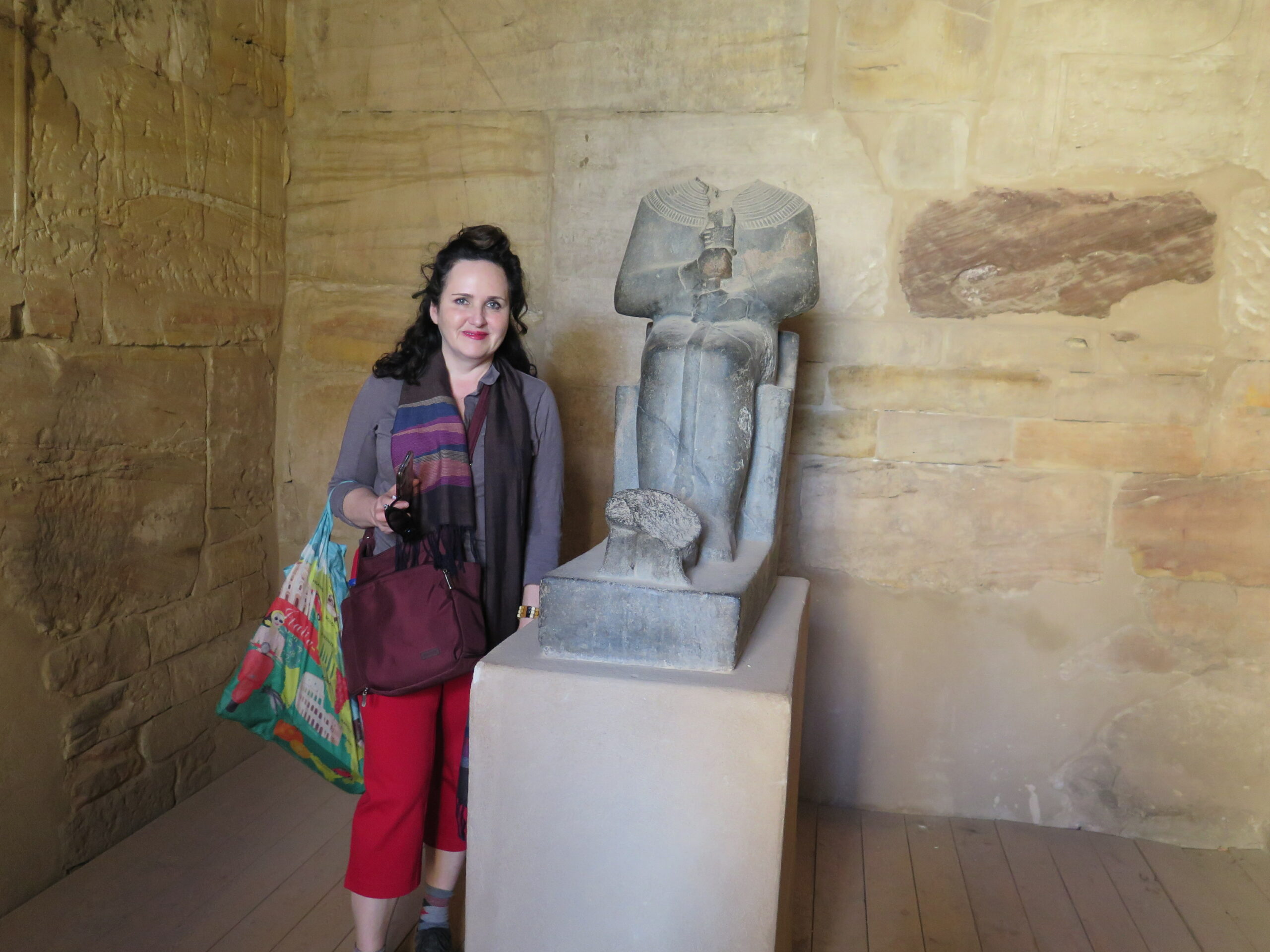 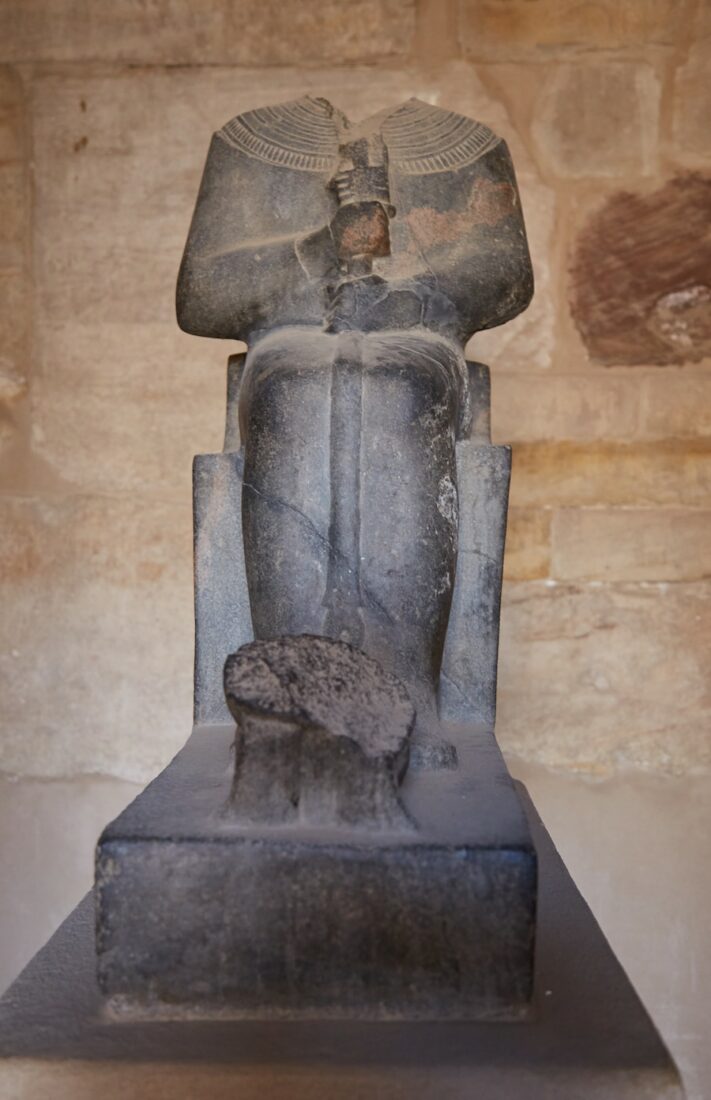 Beside the shrine of Ptah you will find a very rare thing: a shrine where an intact divine statue stands. This one, beautifully rendered of black granite, had been smashed to many pieces and restored by George LeGrain (Karnak cachette) when he worked to restore the temple in 1900. This is the great cult statue of Sekhmet.

Its beautiful slender womanly body and lioness head crowned with a sun disk is certainly New Kingdom. Legends abound concerning this fearsome statue – and it is said she is linked to a tragedy where seven children were once killed in a cave in. She is the great devourer – The powerful one. It may be her or a previous granite statue of Djehuty (removed to Cairo) that made the villagers fear the temple and be unwilling to work with LeGrain. 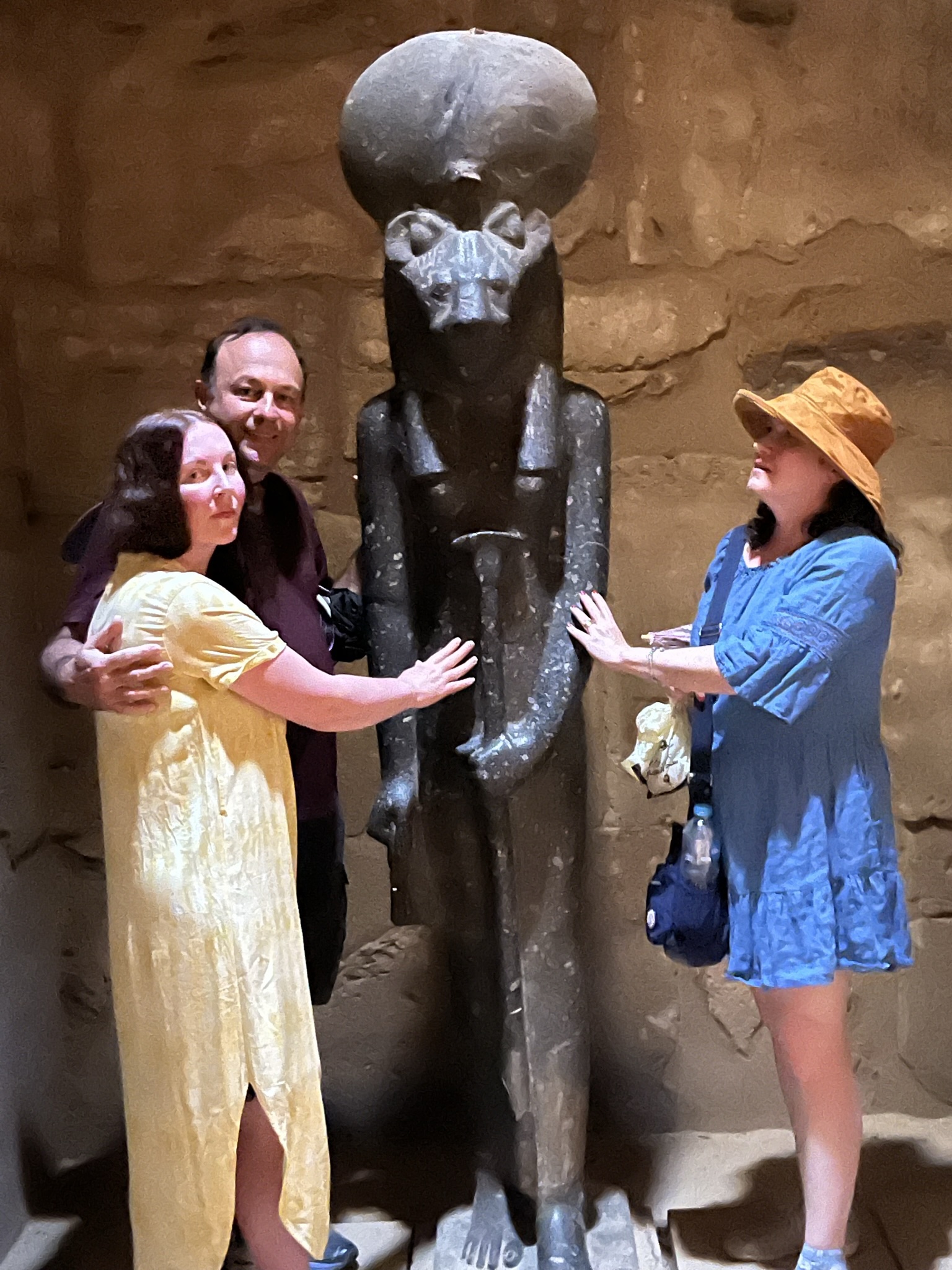 Rhonda is given a chance to touch the Sekhmet statue

Mystic powers of the Sekhmet statue?

Today, sensitives, spiritualists and empaths beat a path to this shrine hoping to be endowed with Sekhmet’s protection and magic. Our travelers Luis and Rhonda certainly felt it – even saw her eyes slightly move, felt the energy emanating from the ancient stone.

The Sekhmet statue and shrine lies behind a locked door, and to access it you must befriend the guards. Yet, they are used to letting people into this sacred space to meditate or just feel the power – as long as their kindness is rewarded. The eerie darkened atmosphere of the shrine and statue is enhanced by a zenithal opening in the ceiling, through which sunlight – or moonlight on certain nights – filters on to the statue. The reality is that the lighting of these statues was not part of the ancient design of the temple; the missing slabs directly above were removed by Legrain to create light-openings.

Mystic or not, the Sekhmet and Ptah shrines are worth seeking out as a best kept Karnak secret.  The Temple is located on the northern perimeter of the Temple of Amun, just inside the gate leading to the Montu precinct.