How it was made, how it tasted, archaeological findings, and other fun facts.

Bread. Who hasn´t tried to make it during the pandemic to kill the hours? Few smells in this life are sweeter freshly baked bread right out of the oven. Fluffy on the inside, crusty on the outside… My mouth is watering just thinking about it!

But… it wasn’t quite that way in Ancient Egypt! 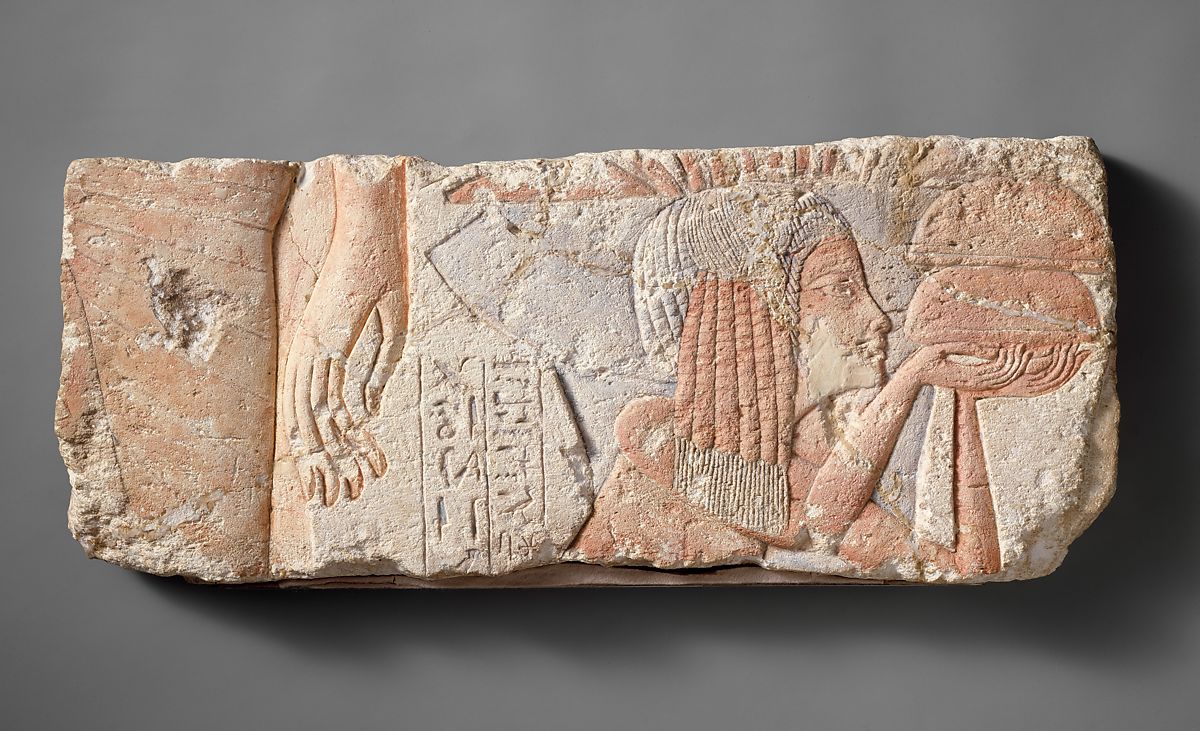 Sure, bread was an essential part of the Ancient Egyptian diet. It was present in all their meals, and consumed by all levels of society, from king to commoner. After all, it was a source of protein, vitamins, and minerals as it was mainly made from wheat grains. And even the Egyptians liked to wash down a good piece of bread with some beer, their favourite beverage!

Let’s explore how very different Ancient Egyptian bread was from the bread we eat today. 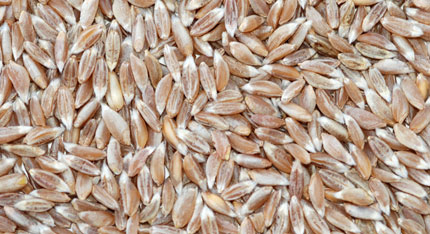 Bread production in Ancient Egypt involved a long and costly process. Ancient Egyptian bread was made from emmer seed, a difficult seed to work with for various reasons. After harvesting the cereal stalks from the fields, the outer chaff was removed, and the seeds were separated from the husks. This was a tedious and delicate job since the chaff did not come off in spikes in the emmer seed, as it happens with other cereals. In this case, the seed must be moistened and pounded with a pestle and mortar while being careful not to crush the inner grain. 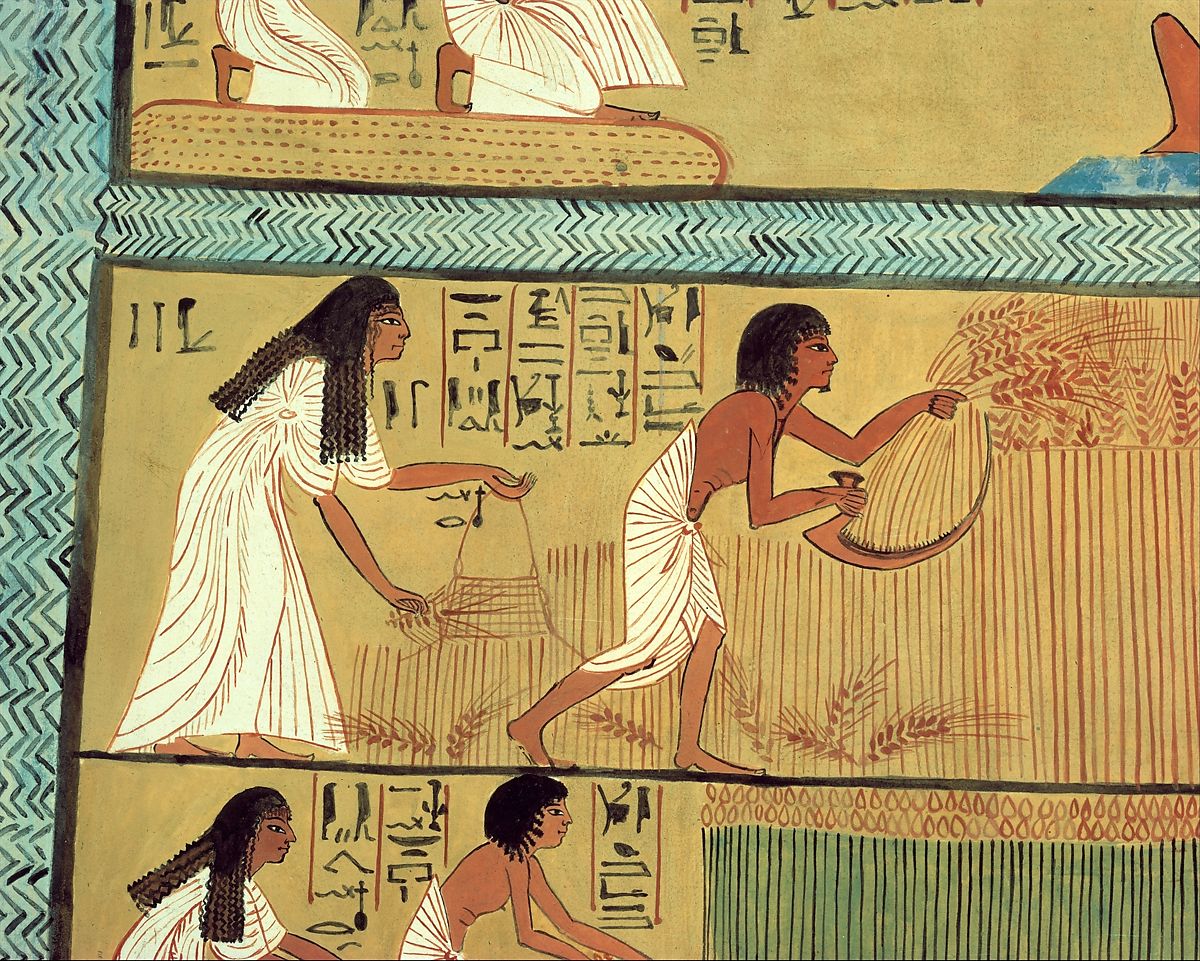 Rogers Fund, “Sennedjem and Iineferti in the Fields of Iaru”, The Metropolitan Museum of Art. Recovered from https://www.metmuseum.org/art/collection/search/548354 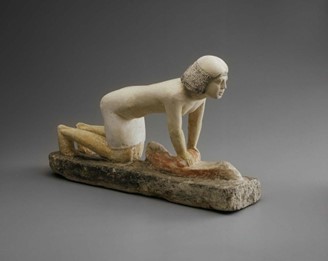 Until the New Kingdom, no evidence exists of mills in Ancient Egypt. So, how was the grain milled to make bread? How was the chaff separated from the seeds? Numerous models and illustrations found in tombs show that women were generally in charge of this part of the process, and they did it all by hand. This work took more twelve hours a day, forcing them to work in a very uncomfortable posture (My back already hurts just looking at the Old Kingdom statuette pictured). Considering the hours required to produce a tiny amount of flour, it is not surprising the numerous pathologies in the toes, ankles, knees, lumbar, hands, and elbows that have been found in many female mummified remains of Ancient Egypt. 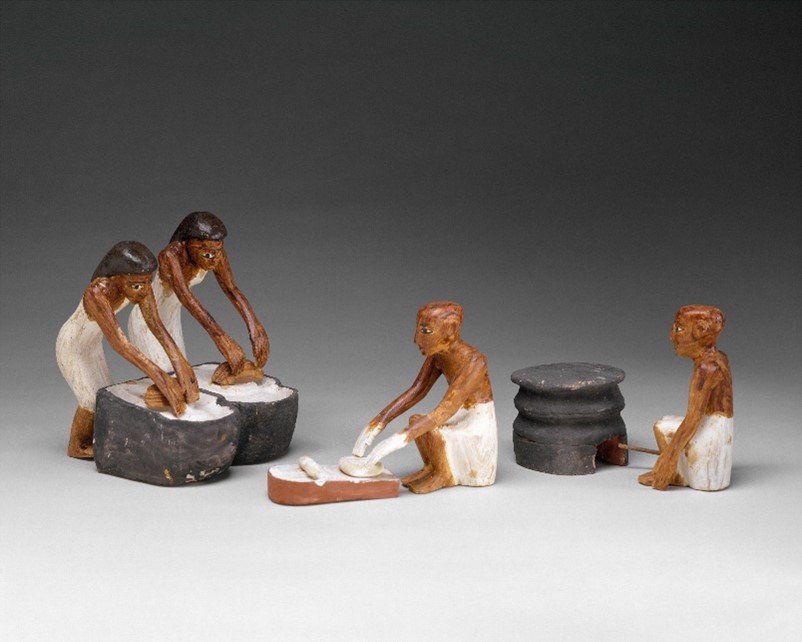 The first evidence of the use of fermentation in the production of bread was found in Ancient Egypt. The most common type of bread was made solely from water and flour. This mixture was left outside on the hottest days for a long time to set the natural yeasts in the flour to work and start the fermentation process. If anyone has traveled to Egypt between April and September, you’ll know just how hot it can get outside!

A bread very different from ours. 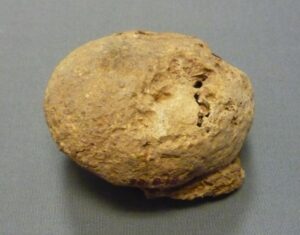 The final product left much to be desired: a coarse “emmer wheat” flour that could contain residues such as pieces of shell, sand, or ash. Yum yum.

If despite all this, you feel a bit adventurous and want to try to make this bread by yourself, here are the instructions: https://www.facebook.com/ancientegyptalive/posts/pfbid02giXLtpiTKUCBWmzgjxSeFz YhKprZ48P8qkJKf4pLWESWYDYRapYArfzUa4QYBwdtl

Bread in Ancient Egypt took many different forms. Sometimes it was simply flattened into round pancakes which were later stuck to the walls of the ovens. Other times, however, the dough was put into molds of various shapes, such as triangles or cones, and then placed on top of the fire. 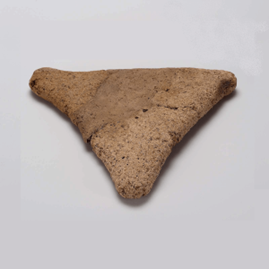 Beer and bread: an inseparable pair!

The scenes depicted on the walls of various Ancient Egyptian tombs show how the baking of bread was related to the production of beer. The dough, that mixture of water and flour put outside for the fermentation process, was perfect for the maceration of beer. That said, it was a particularly sour beer, called boza or boozah, which the Egyptians made from a lightly baked loaf of sprouted grain.

This close reliance of beer upon bread is not a one-way street. The Ancient Egyptians loved their beer so much that they often used it in bread production as well. They mixed the flour with beer to give it a better flavor and to make a more edible dough. With all those remains of husks, sand and ash, I guess the bread needed as much of a flavour boost as possible!

Ancient Egyptians and their sweet tooth.

Beer was not the only other thing mixed in to flavour the ancient bread. The Ancient Egyptians had a clear weakness for sweets – and still do today. They took every opportunity to integrate it into their meals. Who can blame them? Honey and dried fruits such as dates and figs were used to sweeten their bread.

The bakeries that fed the pyramid builders. 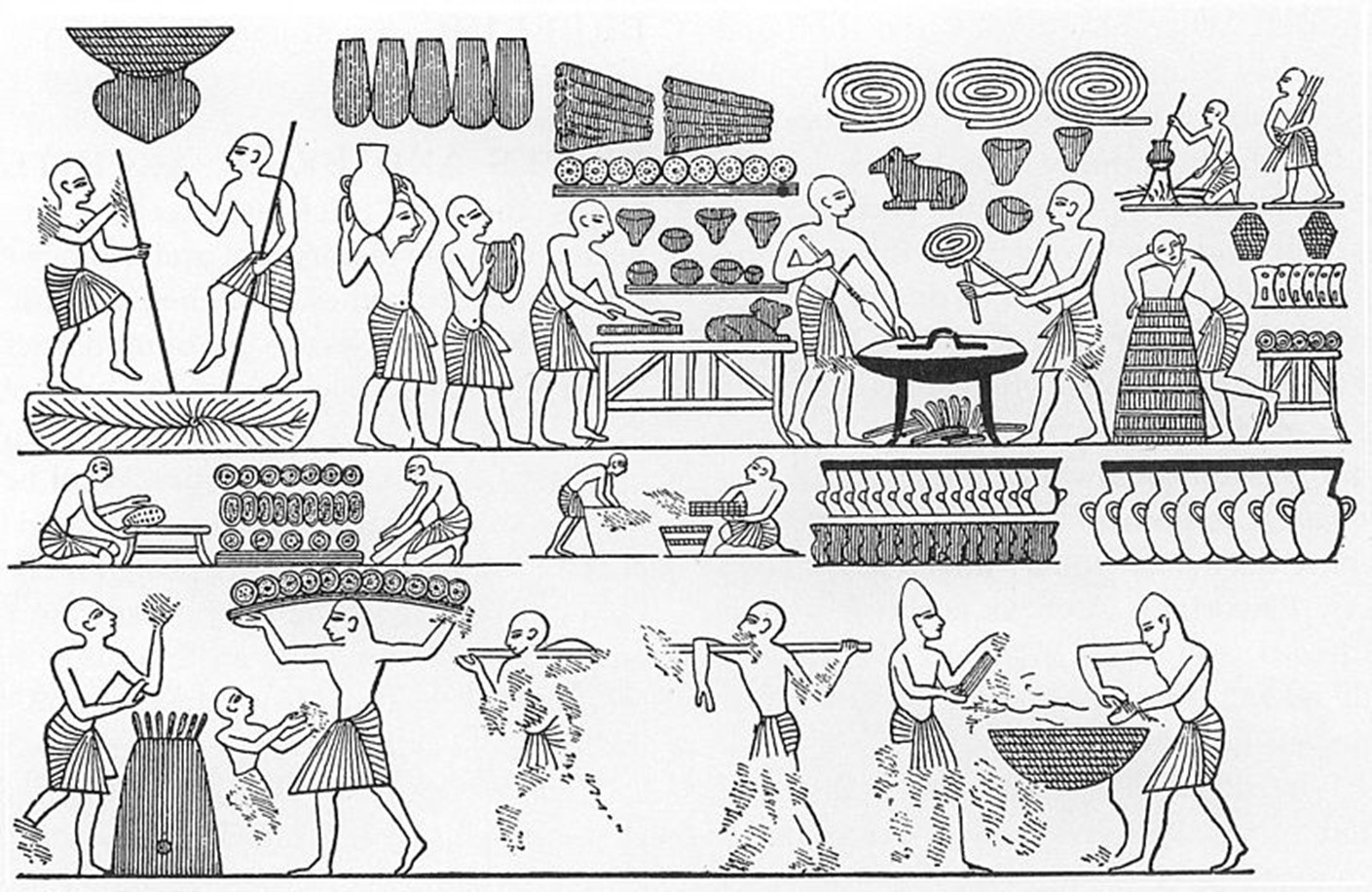 Donald B. Redford, “The court bakery of Ramesses III”, The Oxford Encyclopedia of Ancient Egypt, p. 197.

Then there is the wonderful ancient bakery unearthed in the south of Egypt, in Elephantine, thanks to a German archaeological campaign. In this bakery, the ashes almost reached the ceiling suggesting production of bread on a massive industrial scale. 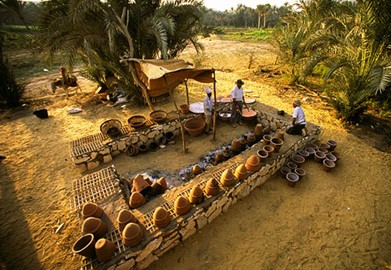 The production of bread in Ancient Egypt has raised the interest of many researchers in the field. So much so that many have tried to recreate this process step by step. Of particular note is the AERA project funded by The National Geographic Society in 1993.

This team reproduced the Giza bakeries nearby at the site of Saqqara using the same grain (emmer) and technologies (bedja vessels) as the ancient Egyptians.

The results of this project were incredible. They discovered that the emmer seed contained hardly any gluten which, although nowadays is appreciated by many, explains why Ancient Egyptian bread was so flat and heavy. Gluten, of course, is what gives bread that light and airy texture we love so much. 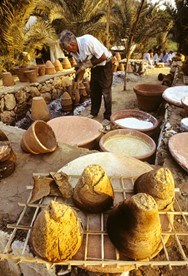 The most important lesson these archaeologists learned is this:  Bread making is an art, even in Ancient Egypt.

The result was a heavy sourdough bread, very unpleasant to eat, and sour. Although Ancient Egyptian bread does not look very appetizing, the team themselves admitted that this result was their fault as they let the dough rest too long.

However, I imagine their result is not too far off from the real thing, considering all the mixtures the Ancient Egyptians came up with to try to make this food more appetizing.

But considering that we live in a society that likes to put pineapple on their pizza and banana in sushi, who are we to judge?

What do you think of the bread of the Ancient Egyptians? Not very appetizing, is it?

Fortunately, this is all in the past and today Egypt produces some of the tastiest bread in the world. They have incredible recipes that will make you want to lick your fingers.

If you want to see how bread production has evolved in the land of the pharaohs and get some new ideas for your lunches or dinners, I encourage you to attend the cooking master class that will take place at Zoom next Sunday, a Pharaoh´s feast. I’m not going to miss it! 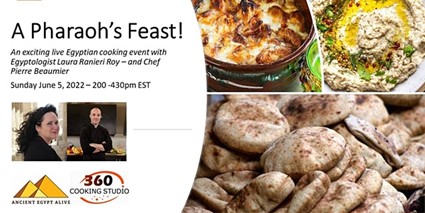