Princes, Parents, Rebel Queens and Royal Pets: Who Else Was Buried in The Valley of The Kings?

A lot of people assume Egypt’s great Valley of the Kings is an exclusive old boys club. Or “old dead Pharaoh’s club”, shall we say. The truth may surprise you. The royal burial ground of the ancient Egyptians for 500 years during the New Kingdom (1539-1075 BCE) is a lot more diverse than you may think.

Here are five non kingly burials that have been discovered in the valley – just a sample of many tombs that don’t quite fit the mold.

When James Quibell (on behalf of American financier Theodore Davis) discovered the amazing tomb of KV46 in 1905, it became the single greatest Egyptian tomb discovery ever– only to be surpassed 17 years later when Carter found Tutankhamun.

Gilded coffins, magnificent furniture, ornate thrones…an ancient treasure trove the like never been seen before. Even more incredible: the stunningly preserved mummies of two very fine seniors. And yet, the tomb was not for a king. This was the tomb of Tutankhamun’s great grandparents Yuya and Thuya– the father and mother-in-law of Amenhotep III, the magnificent sun king. Their extravagant and prestigiously located burial is surely testament to the powerful influence they had at court – and the prosperity of Egypt during the height of the 18th dynasty. 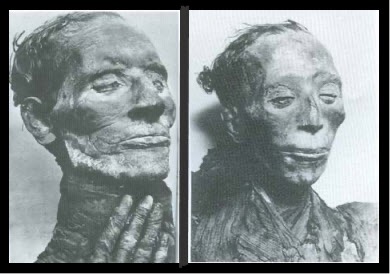 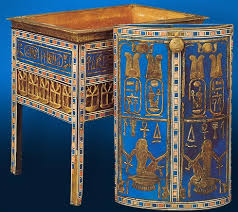 2. KV 5: Ramses the Great’s Sons: Largest Tomb in The Valley!

When Ramses II wasn’t busy fighting the Hittites and erecting massive statues of himself, he was a bit of a “stud muffin” and prodigious baby maker. With his various wives (including Nefertari), he may have had as many as 100 children, outliving a great many of them.

Although originally discovered as early as 1825, KV is an important tomb now attributed to the sons of Ramses the II, (13th century BCE). It was rediscovered by Dr. Kent Weeks since 1995 and continually excavated since then. About 130 rooms have been dug out so far – with findings of a ostraca, ushabti, faience beads, a large Osirid statue – and skull fragments of some of the sons – and a great deal more. The excavation of this massive tomb continues…and Kent Weeks has not ruled out finding some of Ramses’ daughters here as well. 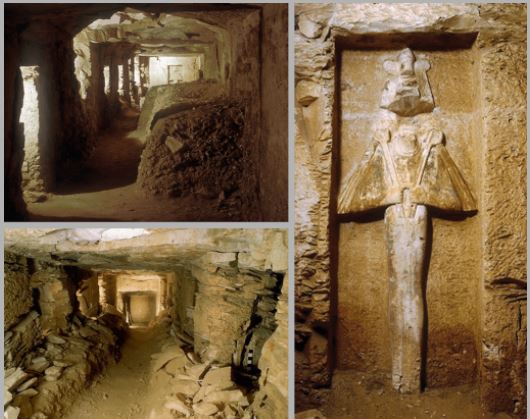 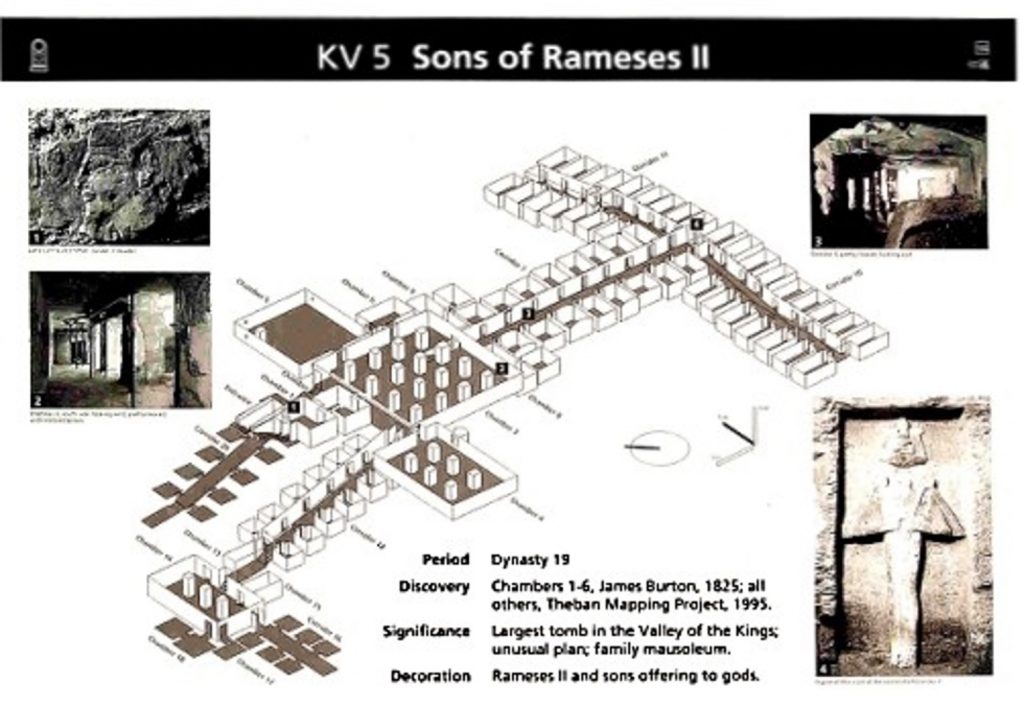 And speaking of princes, there is the wonderful tomb of Maiherpri, a possible prince of Thutmosis IV (by a Nubian wife). This fine noble whose name meant “lion of the battlefield” was certainly of Nubian origin with black skin and tight curly hair. Evidence of this lies in a papyrus scroll in his tomb, and also his well-preserved mummy, unwrapped and examined by George Daressy in 1901.

No doubt Maiherpri was a proud and distinguished noble of Nubian extraction who earned his place of eternity in this burial ground of kings – surprisingly, a very inclusive and diverse cemetery indeed. 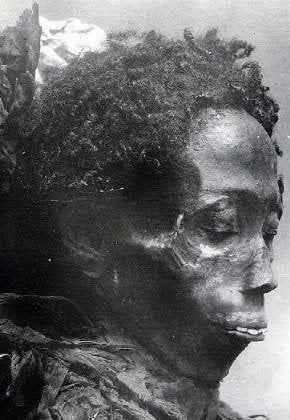 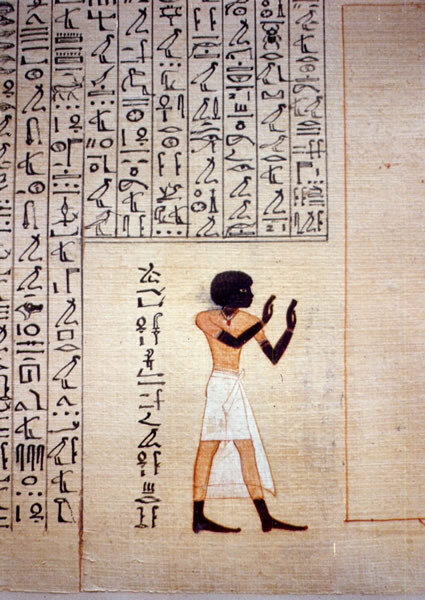 In 1906, a year after finding Yuya and Thuya, Quibell and Davis excavated a most unusual tomb containing a mummified dog and baboon. It was speculated that both animals were royal pets of the 18th Dynasty’s King Amenhotep II (c 1410 BC) whose tomb lay nearby.

The dog – remarkably preserved – was positioned in a strange way over the baboon. Was it a joke? Carefully positioned to represent a myth or magic?  Could the baboon – ornery animals also have been a pet?  Many questions – but there is no doubt that dogs and cats were both household pets in ancient Egypt highly venerated and loved by their owners. Excavations of other Valley of the Kings tombs with mummified animals continues to reveal more… 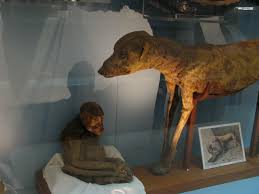 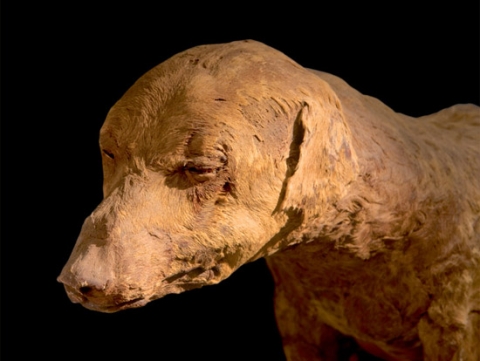 In 1912, Theodore Davis famously declared: “I fear the Valley of the Kings is exhausted”. Interestingly, Belzoni had said the same thing in the 1820s – and so did Diodorus Siculus in ancient times. Carter and many others proved them very wrong.

Even today, the valley is yielding up secrets. In 2005, the first new tomb since Tutankhamun was discovered by the now late Dr. Otto Schaden. The style of the coffins and other objects found place it in the reign of Tutankhamun, including a small coffinette and other pottery. A clay seal, in fact, bearing the words “pa – aten” has prompted some to surmise this may be the tomb of Tutankhamun’s queen – whose childhood name was “Ankhesenpa-aten”. 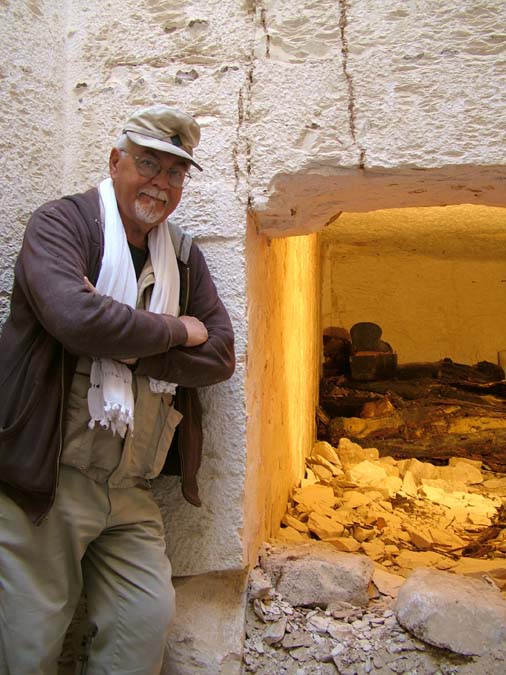 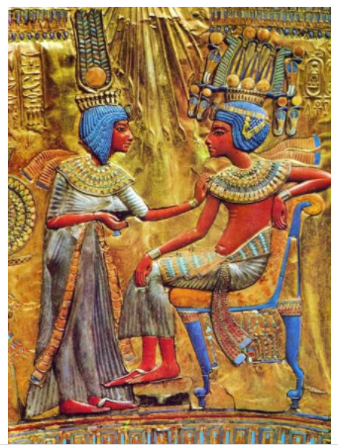 Visit our Event page for a series of upcoming events.